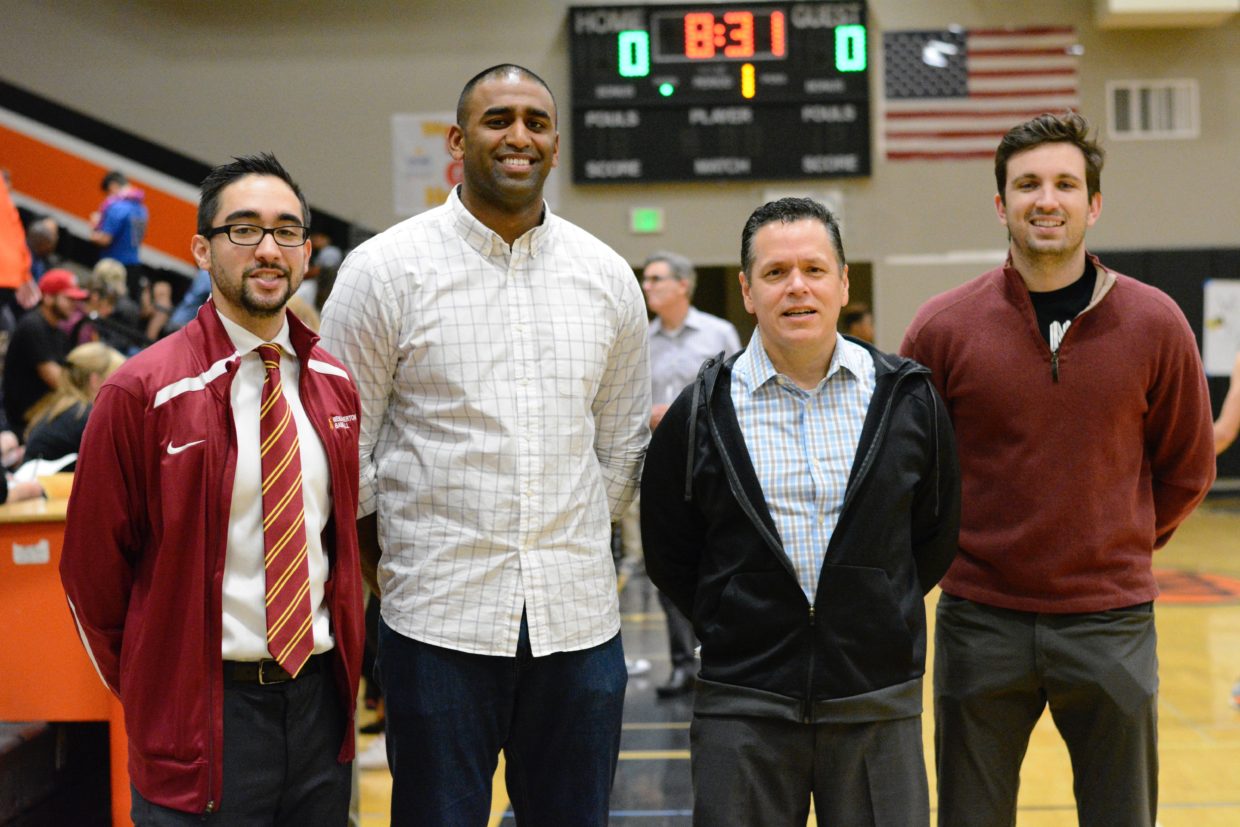 Last year, the boys varsity basketball team finished 12-0 in the Peninsula Athletic League (PAL) and had an exciting post-season run. The team, led by captains Lucas Fioretti, Christian Fioretti, and Kailen Kershner, finished the season with an overall record of 28-5, making it to Sacramento to play for NorCal finals. 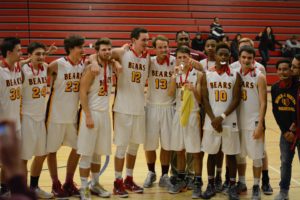 The Bears ended league undefeated and were crowned the PAL champs.

The Bears had an impressive season last year and lost many important seniors that were essential to the team’s success. Assistant coach Nick Fogel said, “The Fiorettis and Blake [Henry] are definitely the top three that we lost — tough to replace.” Head Coach Mike Molieri said that the biggest challenge this year will be for the returning players, including seniors Will Perrone, Kai Winterling, Eric Norton, and Raymond Fowler, to “take on that leadership that [they] will be missing with the seniors that left.” 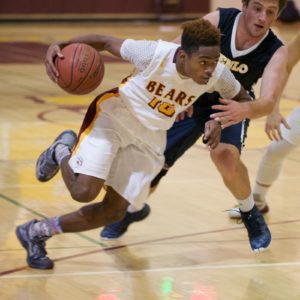 PAL MVP Eric Norton driving to the basketball last year against Menlo. The Bears went on to win 55-34.

Fogel emphasized the “big five of the guys that are returning: Eric of course who is reigning league MVP, junior Bradley [Stillman], who is a three-year varsity guy, Kai and Raymond are returning and had a ton of playing time last year, [and] Will Perrone is basically [their] only true big guy.” 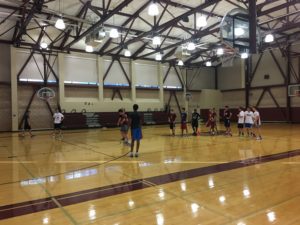 First day of varsity tryouts. When asked about the team relationship, Coach Fogel said, “I try to make a big point to really make a family atmosphere so that everyone is building and moving along together.”

The junior varsity team also had an impressive season last year, with a final overall record of 21-3. When asked about which players will have an impact for junior varsity this season, Fogel said, “We got Spencer Corona who will be coming from football, and outstanding sophomores James Beckwith and Will Beasley. I’m looking forward to seeing those guys.” With most of these players being sophomores, the future of the boys basketball program looks very bright. 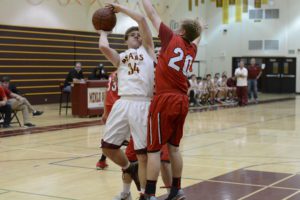 Will Beasley, who played on junior varsity as a freshman last year, driving in the paint.

Since the 2015 M-A team did so well, Fogel and Molieri expect a similar performance from this year’s team. Fogel said, “I have very high expectations for this group. I know the group last year was like, ‘we’re going 12-0.’ I’ll let those guys pick whatever they’re going to do, but I definitely have high expectations. The bar was set very high last year and I expect the program to stay at that level.”

As for Molieri, his goals for this year’s team are similar to Fogel’s. He explained, “Learning from the kids last year, I let them set the goals and we just try to get better each day. Our goal is to compete, and I think we are a program now that people recognize. The expectations are going to be a lot more challenging because of last year’s success.”

Where Does Sports Funding Go?