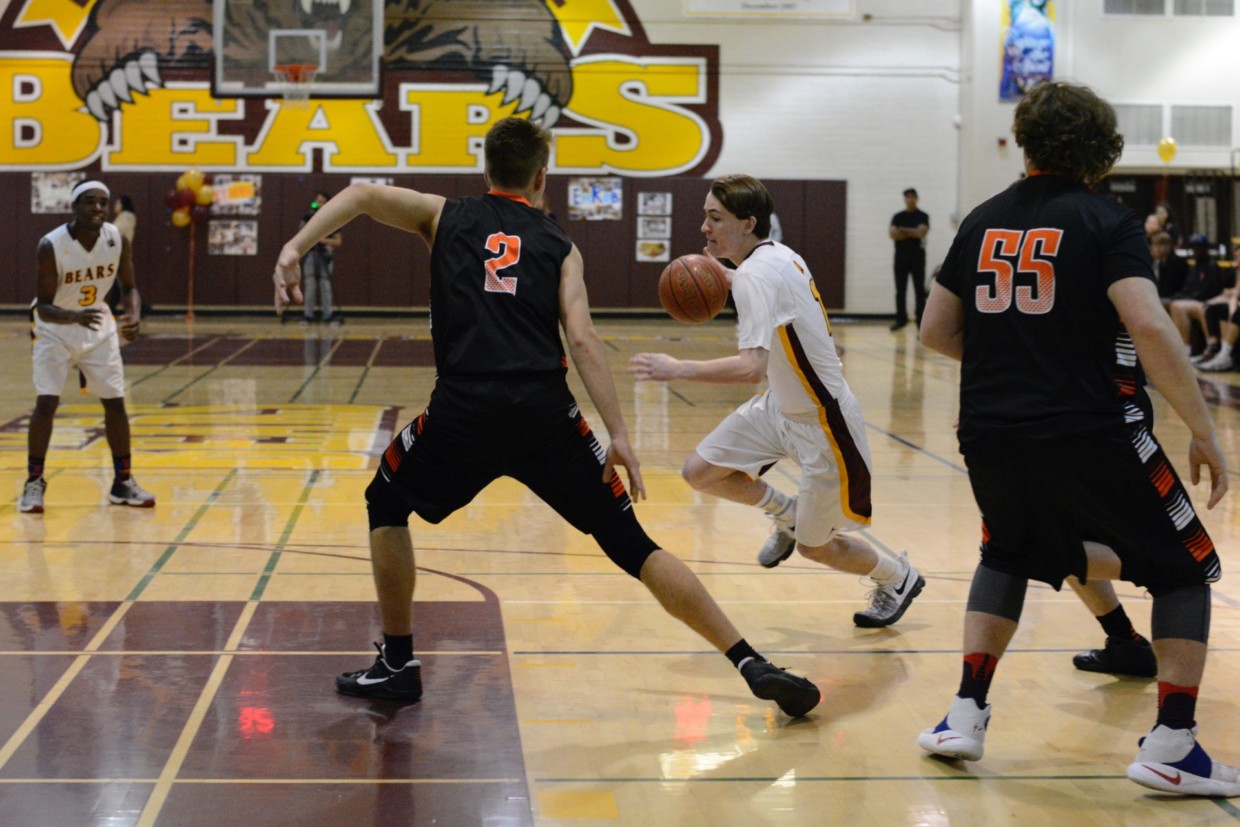 With the Bears’ 53-46 loss to the Heritage Patriots, the boys’ varsity basketball team’s season has drawn to a close. The Bears finished the season with a record of 23-8 overall, and with an 11-1 record in the Peninsula Athletic League (PAL). After an exciting season, the Bears ultimately lost in the second round of the NorCal Tournament to Heritage High School.

After avenging their loss to Sequoia with a 63-52 win on February 3rd, the Bears locked up first place in PAL with an impressive 11-1 record. After the win, the Bears prepared for the PAL tournament. After blowing out El Camino and winning a tight contest against Jefferson High School, the Bears matched up against Sequoia once again but this time for the PAL championship. The Bears fought hard but ultimately lost by five. 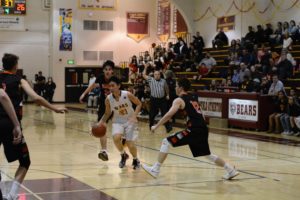 After finishing as runners-up in the PAL championship, the Bears were placed as the 8th seed in Central Coast Section (CCS) open division against #1 seeded Bellarmine. The game was tight throughout but Bellarmine pulled away late to knock the Bears out of contention for the CCS open division title. The Bears moved down to the losers bracket of open division matching up with Sequoia one final time. This game was also closely contested but the Bears ended up losing by 3, 66-63.

After being knocked out of the open division playoffs, the Bears prepared to make a run in the California Interscholastic Federation (CIF) tournament. The Bears won their first game in a crazy 2 point win over Oakland Tech to advance to the second round. This was ultimately where the Bears’ season came to and end as the Bears lost to Heritage by seven. 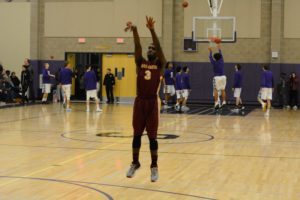 Overall, the Bears had an exciting and impressive season, winning the PAL South division as well as making it to the second round of the CIF tournament.

Even though an outstanding senior class, including league MVP Eric Norton, will not be returning next year, the Bears still have a bright future ahead of them. Juniors Bradley Stillman, Logan Faberowski, and Jhavante Hill, who all had great seasons, will be leading the team next year. Sophomores Will Beasley and James Beckwith, who were also key contributors this season, will need to play bigger roles for the Bears next season in order to make another playoff run.