On Senior Night, the Bears were looking to clinch the league title on their home floor while the Wildcats were looking for revenge after a lopsided victory for the Bears earlier in the season. The result was a one similar to the first meeting, with the M-A boys basketball team demolishing Woodside by a score of 55-30. This was a great win for seniors on Senior Night and head coach Mike Molieri was proud of the team for getting the win for the seniors. He exclaimed, “It’s always nice to win a game on Senior Night so they can at least remember this memory in a positive way.”

This win makes the Bears 10-1 in league and with a win on Tuesday would clinch the Peninsula Athletic League (PAL) south division title for the Bears. The Bears are on a five-game winning streak and this momentum will be huge toward the Bears’ success in the Central Coast Section (CCS) playoffs. 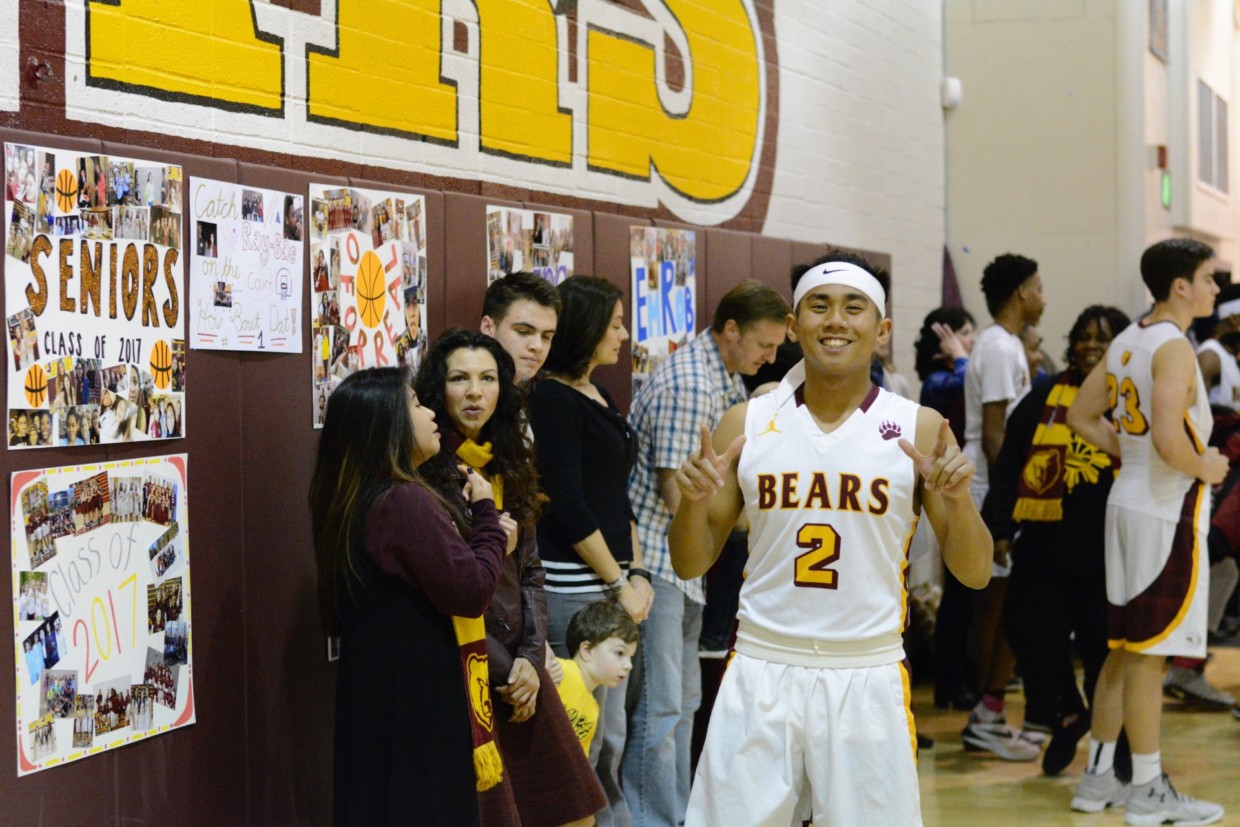 The Bears got off to a great start in the first quarter. After hitting a three and knocking down a free throw, the Bears were already up 4-0 early in the first quarter. After the Wildcats made two free throws to bring the lead back to two, the Bears did not surrender another point in the quarter and went on a 9-0 run to bring the score to 13-2 after one quarter of play.

The second quarter started similarly to the first quarter with the Bears starting on a 5-1 run to bring the lead to 15. After the Wildcats went on a mini run of their own by drawing fouls and getting to the line, the Bears pulled the lead back up to 14, leading 26-12 at halftime. 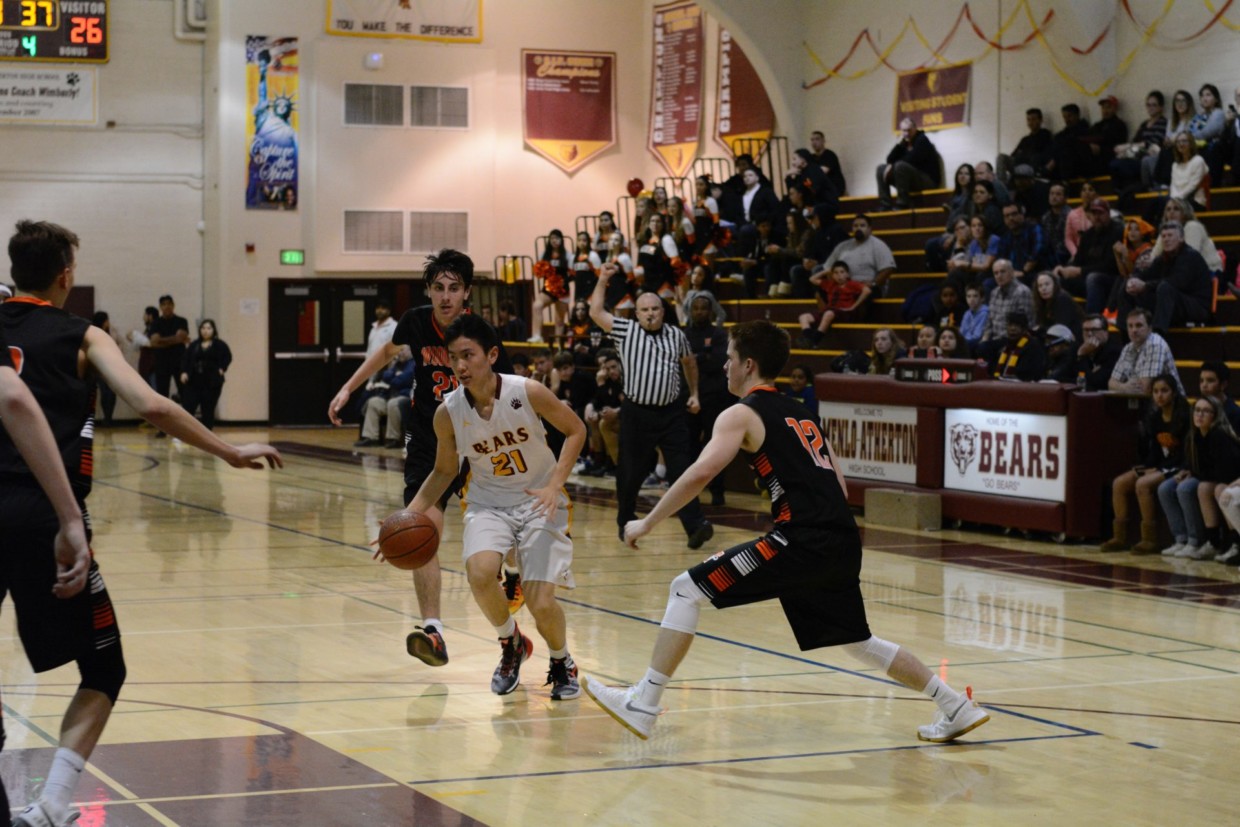 Even though the Bears had a huge lead going into the fourth quarter, they did not take their foot off the gas and go into cruise control but rather ramped up the pressure on both ends of the court. The Bears started the fourth quarter on a 9-4 run to make the score 50-26. The Bears ended up winning by 25 and as a result swept the season series over Woodside. Even though the outcome was pretty lopsided, Molieri believes that the team has a lot of improving to do before playoffs. He commented, “We’ve got to do a lot better job on both sides of the court.”

After this victory, the Bears have double figures in wins and only one loss in league. The Bears’ final game is at home against Hillsdale. Come out and cheer on the Bears as they try to finish the regular season on a high note and claim the PAL south division title. 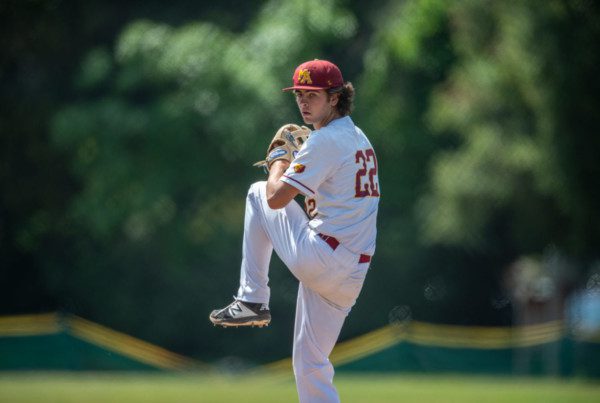 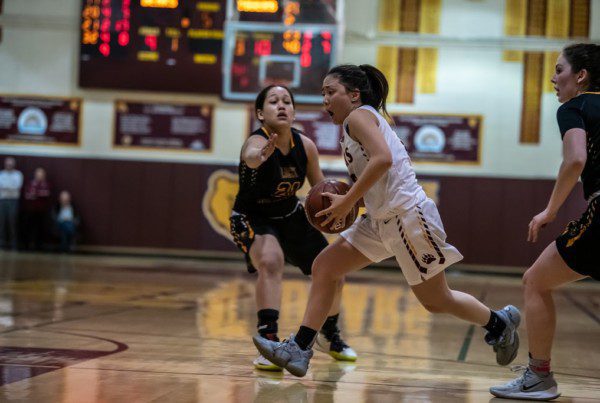