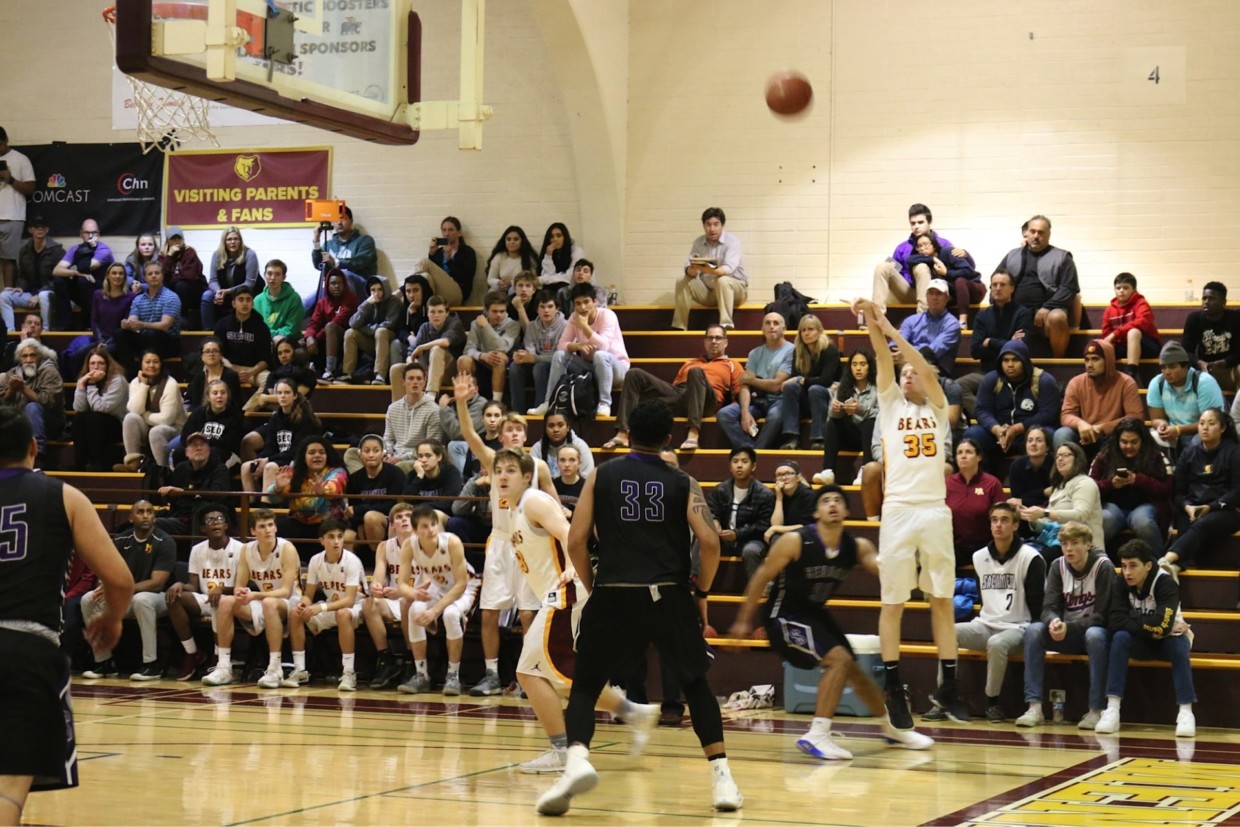 It was a great atmosphere in Ayers Gym on January 19 as two of the best teams in the Peninsula Athletic League went head-to-head in a highly anticipated matchup. Even after M-A came back from a 16-4 deficit to take the lead, Sequoia High School was able to pull away in the closing minutes for a 47-41 victory.

The Bears started slow as they were having trouble rebounding against Sequoia’s big-man Ziggy Lauese, but they were able to cut the deficit to just two as the score was 21-19 at the half after their 15-5 run.

Junior Will Beasley explained, “We got off to a slow start and we weren’t really hitting our shots. We were a little nervous with the big atmosphere, but we were able to survive the first [quarter] and then we played better in the second [quarter]. The shots started to fall once we began to play more loosely.”

The Bears got some help off the bench defensively from junior Dean Fratt, who guarded Lauese for most of the night. With some more help from Fratt and Beasley on the offensive end, the Bears continued to play solid defense against Sequoia. Senior Jhavante Hill, who guarded senior Myles Nunez, helped the Bears take a 35-33 lead with a few minutes remaining.

Beasley stated, “Our game plan was to shut Ziggy out of the game and not allow any easy looks. Overall, I think we were pretty successful until the end of the fourth [quarter] because he didn’t really have any points. Myles made some good plays, but our defense kept us in the game.” 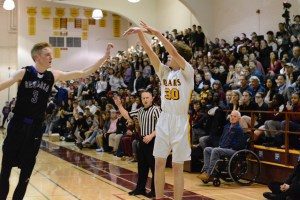 Sequoia went on an 11-2 run in the closing minutes to essentially put the game away. Even sophomore Nick Tripaldi’s big four-point play to cut the deficit to just five with a minute left to play wasn’t enough. Beasley and Fratt led the Bears with six points apiece while others such as junior James Beckwith and sophomore Justin Anderson contributed as well.

With the loss, the Bears move to 10-6 and 3-2 in league play as they next play Aragon High School on Wednesday night. Although the loss is disappointing, Beasley believes that the team still has a good chance of making a deep run into the playoffs. “This is tough to lose, but we can learn from this to help us for the rest of the year. This game shows that even when we aren’t hitting our shots our defense can still keep us in these games.”

Good luck with the rest of the season and go Bears!