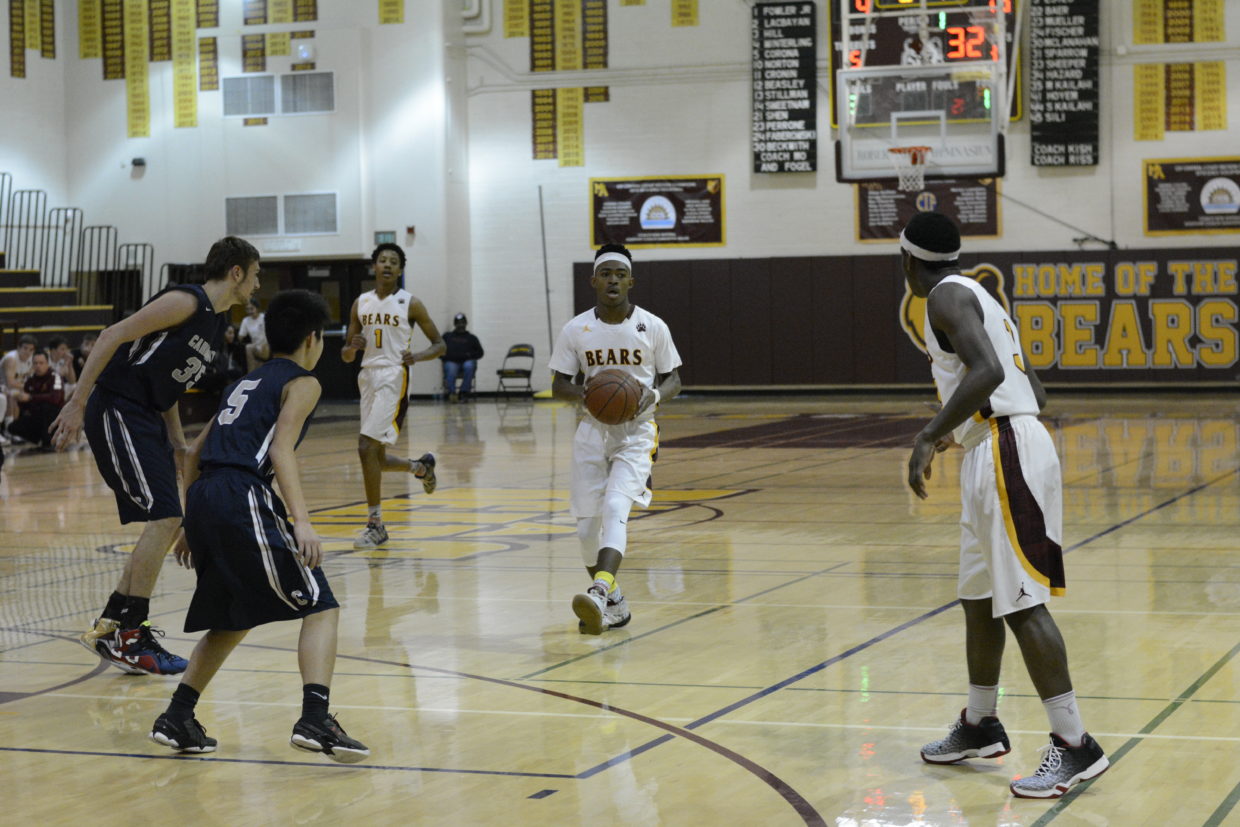 On Friday, January 13, the Bears defeated Carlmont by a score of 64-47. The win added to their current winning streak of 6-0 and gave them their second win in league play. The game was the last of a four-game homestand before the Bears go on a five-game road trip, which starts on the 20th against Woodside.

The team wore pre-game jerseys with the hashtag #bojackstrong to recognize the passing of M-A freshman Aisea Mataele, whose departure came as a shock to the school. The Bears wore lightning bolts on the front of their shirts and paid respects to Mataele’s family before the game started. 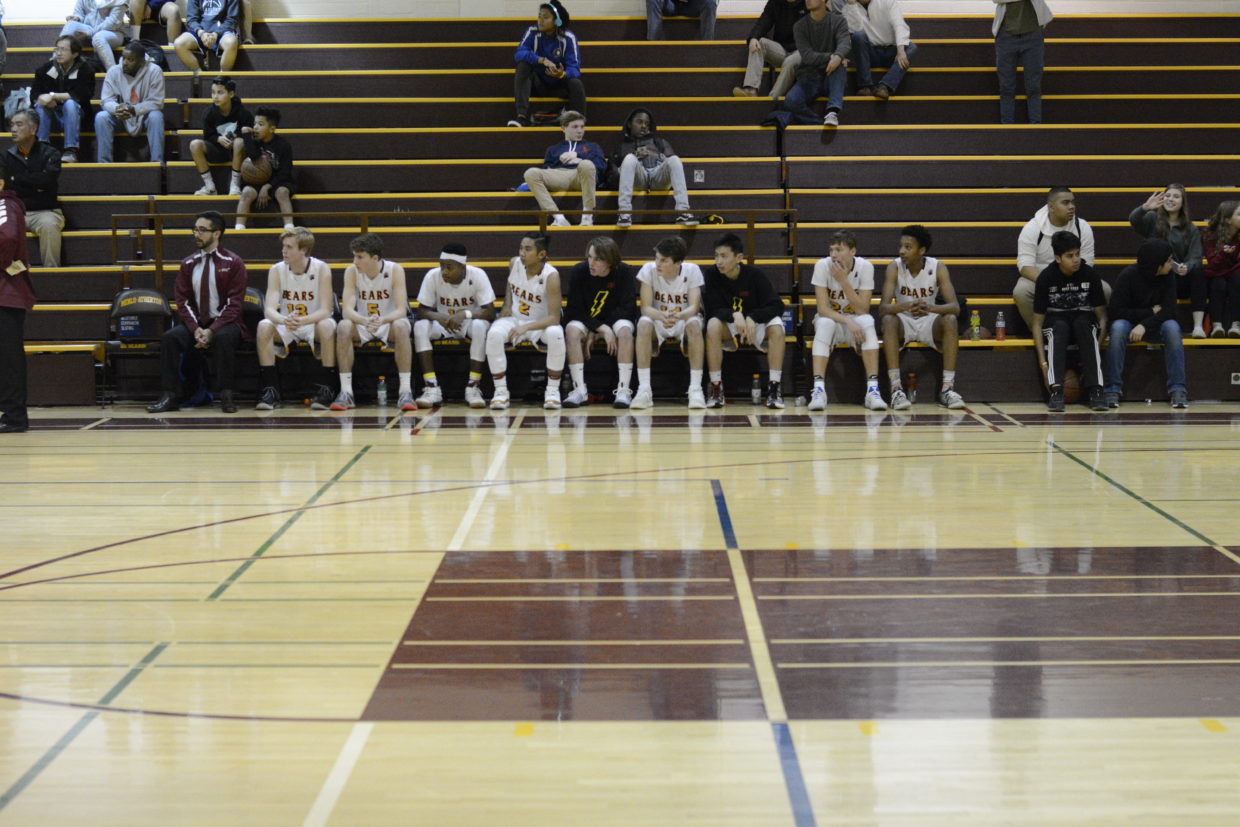 Baseline boys cheer the team on.

The Bears got off to a rough start, going down 15-4 early in the first quarter, but they got back in the game led by a strong effort from the bench to pull them within two as the quarter came to an end. As the game continued, the Bears came up with multiple defensive stops and fast break layups.

Though the team had a rough start, senior Guiann Lacbayan was noticeably energetic and did his fair share of hyping up both his team and the crowd. He could be spotted waving around three point symbols with his hands after the Bears knocked down shots from behind the arc. 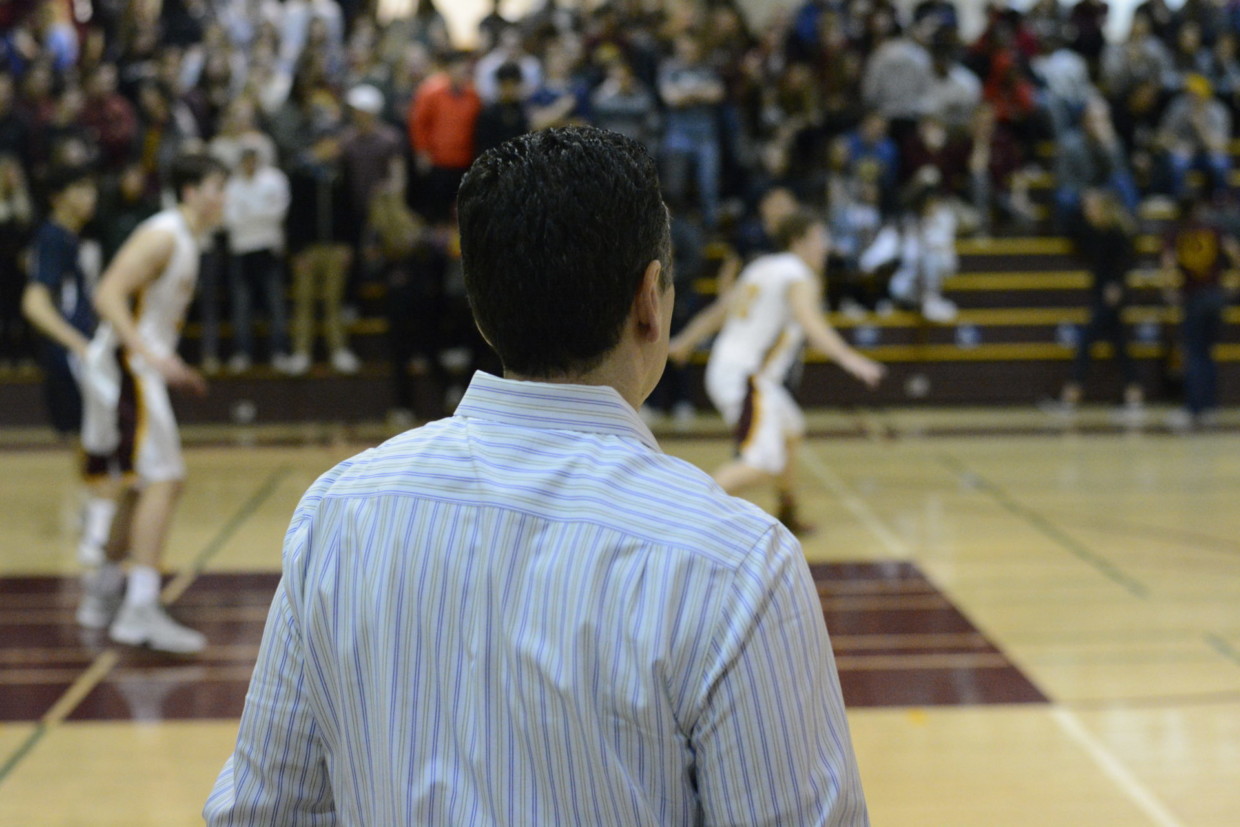 Coach Michael Molieri said the team is constantly working to improve. He explained, “We got to keep on getting better. We have an ‘X’ on our chest. People want to beat us.”

After a slow start against Carlmont, Molieri was blunt about the team’s initial play. “One of our challenges is we start off very poorly. But what’s happening right now is some of these guys off the bench — Jhavante Hill [and] Will Beasley — give us great energy, and that’s been our difference, our second group.”

Eric Norton’s 19 points helped the Bears pull away in the second half, after a tightly contested first half. Another catalyst for the Bears’ success against Carlmont was Raymond Fowler with 15 points. Following an impressive 49-44 victory against a tough Monta Vista squad, the Bears are clicking on all cylinders as they prepare for their first away game against Woodside.