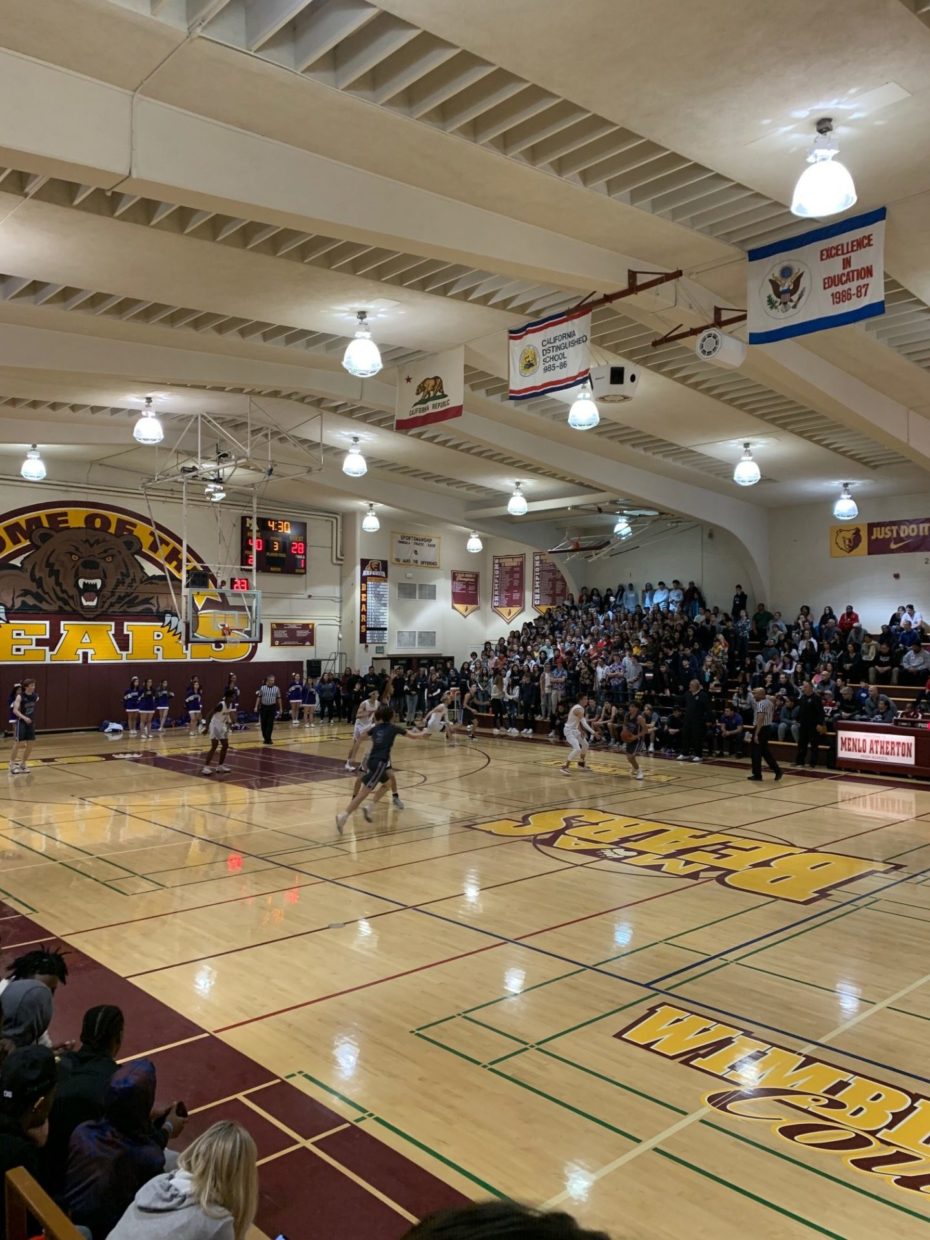 In a huge PAL south matchup between the number one and two teams in the league, the M-A boys basketball team was fully prepared to take on Sequoia on Friday night. From the bears’ relentless offensive attack and the M-A 6th Man student section pumping up the crowd, M-A proved to be too much for Sequoia, and earned a 61-45 win. The bears are now 4-0 in the PAL South (1st) and 13-3 overall, while Sequoia drops to 3-1 in the PAL South (2nd) and 7-9 overall.

The first quarter started a little slow for M-A. After a quick foul a couple seconds into the game, Sequoia made their free throws and then forced senior Nick Tripaldi into missing a deep three pointer. M-A reversed their slow start very quickly when their shots started to fall. Senior Trevor Wargo and Tripaldi each had a three pointer, giving M-A the lead 14-11 at the end of the first quarter. 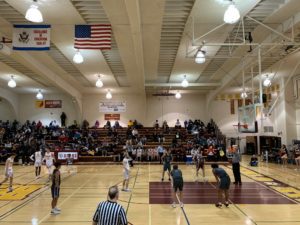 Carson looks on before attempting a free throw.

With the lead going into the second quarter, M-A increased their lead to 14 points by halftime. The key in the second quarter for the bears was ramped up defense, which led to easy fast break points on the other end. Senior J.D. Carson had an acrobatic steal to get the ball back, and junior A’Marion McCoy had two back to back blocks, both plays leading to easy layups on the other end. Between fast breaks and executed offensive plays, M-A went up 35-21 when the buzzer rang for halftime.

Credit to Sequoia, down by 14 points, the ravens did not give up in the third quarter. Similar to M-A’s success in the second quarter in increased defense, Sequoia turned the game around in the third quarter by playing much better defense, and not allowing M-A to get anything going on offense. Sequoia took advantage of M-A’s scoring drought, running their plays well and making shots. By the end of third, Sequoia only trailed by 5 points, 44-39.

After allowing the ravens back into the game, M-A closed out the fourth quarter on a strong note. Although Sequoia made the game very close, Tripaldi noted after the game that there was “not a lot of pressure because we have been in that position before and are used to it. We were never worried that we were going to lose because we have been a solid second half team all season.” Sequoia’s defense had been playing well, so M-A responded in the fourth quarter by improving their ball movement on offense to get better shots. The fourth was all about offense, Sequoia made plenty of baskets, but the bears just kept responding each time they came down the floor on offense. Four of M-A’s seniors, Justin Anderson, Carson, Tripaldi, and Wargo, led the Bears through the final minutes, with Anderson emphatically laying the ball in on two similar fast breaks that essentially ended the game. When it was all said and done, the bears had defeated Sequoia 61-45.

After the win, McCoy said, “a lot of our guys made big shots at big times, nevertheless, we face them again and I am sure they will have a little pay back on their minds, so we will continue to work hard and be ready.” Until then, the bears will look to continue their undefeated season in the PAL south on Wednesday January 22 at 5:30 pm at Aragon.