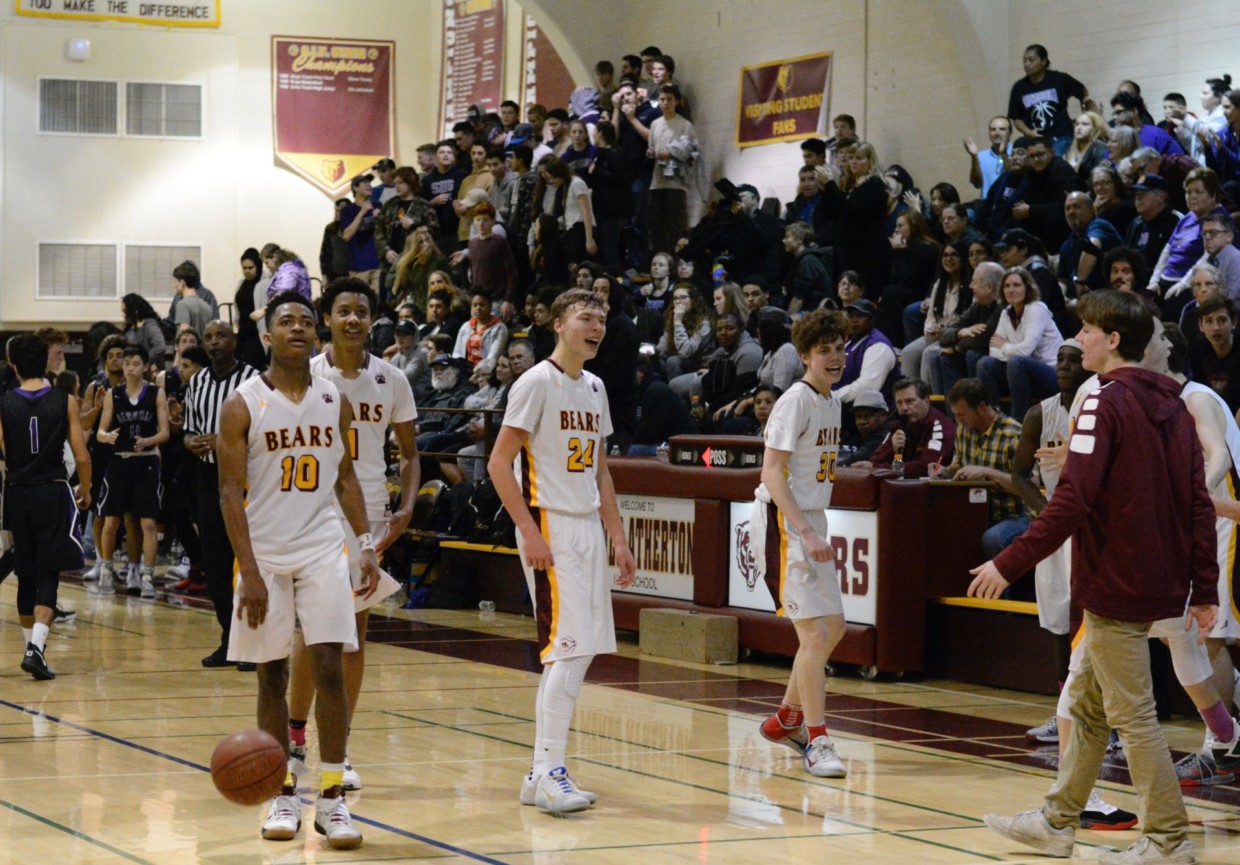 Boys Basketball Gets Revenge Against Sequoia

On Friday, the boys varsity basketball team played a home game against the Sequoia Cherokees, who had the same record in league as the Bears. With homecourt advantage and senior Eric Norton leading the team, the Bears were able to beat their archrival 63-52.

The Bears took the lead early with a 3-pointer from junior Bradley Stillman and two free throws from Norton. Norton was subbed out of the game after getting two blocking fouls called on him while trying to take a charge. As the first quarter slowed down, the Cherokees went on 6-0 run and took the lead 12-11. The Bears were able to get back into the game with a three from senior Kai Winterling and with defensive stops by junior Jhavante Hill. The Cherokees held the lead 21-18 at the end of the first. 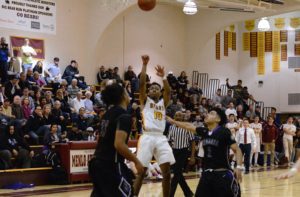 Norton took over the second quarter for the Bears. He scored 13 straight points for the team, going two for three from behind the arc. His onslaught of buckets included him inbounding the ball off an opposing player to score, and was capped off by him going three for three from the free- throw line. Coach Michael Molieri shared some of the encouragement he gave Norton prior to his epic start.

“I told him … ‘you’re the reigning MVP and you got to show it on the court.’”

Sophomore James Beckwith and Senior Raymond Fowler added onto Norton’s offense with three consecutive 3-pointers (Beckwith with two, Fowler with one). The Bears held the Cherokees to only six points in the quarter and were able to bring the score to 43-27 entering the half. 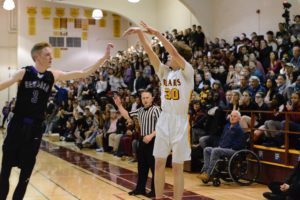 The Sequoia offense came back strong at the start of the second half and quickly brought the lead down to ten. Beckwith and Fowler both scored layups to help maintain the lead and helped stop the Cherokee offense with multiple defensive stops.

Molieri was able to slow the game down after the third quarter ended, and said, “[the team’s] mentality was defending every possession.”

With the M-A fans roaring from the stands, the Bears were able to close out the game 63-52 and get revenge for last week’s loss.

After this huge win, the Bears are now 8-1 in league play which puts them at the top of the Peninsula Athletic League (PAL) south division. They play another PAL game at Carlmont on Wednesday. These last few league games are very important since the playoffs are right around the corner.