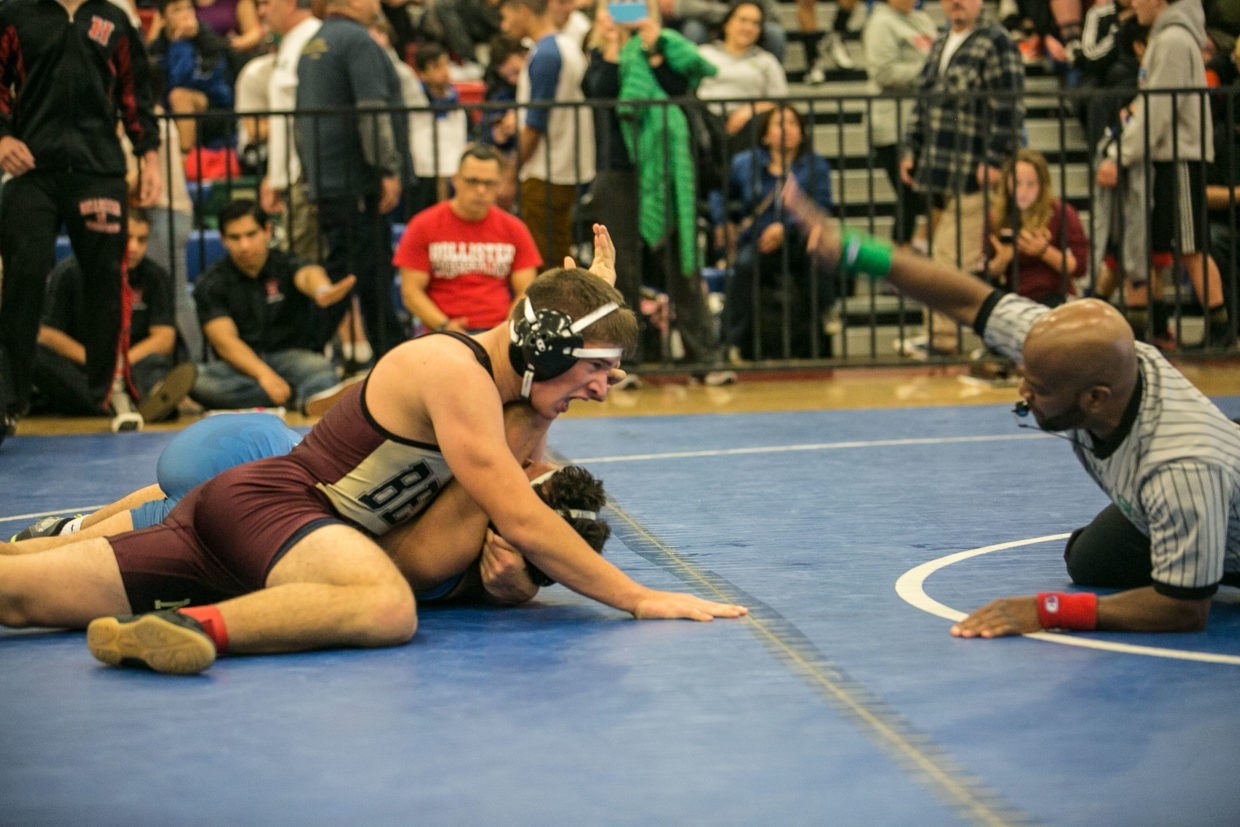 Boys and Girls Wrestling Hope for a Triumphant Season

The M-A wrestling program is one of the hardest working, close-knit teams on campus, yet most students never realize how much this sport has to offer. Last season, wrestling had its best season in the history of the school, with a record number of wrestlers competing in both the girls and boys programs.

Despite its relatively low profile on campus, the wrestling team is one of the most dedicated groups at M-A. Each wrestler makes a commitment at the beginning of the season to work harder than they ever have to improve, and members must be willing to alter their lifestyle to become better athletes. 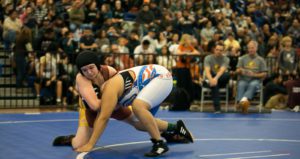 Sophomore Abby Ericson, one of last year’s state qualifiers, wrestles in front of a big crowd.

Coach Phil Hoang, the head coach of all M-A wrestling teams, said, “I think that’s the hardest thing for students, to realize that they may have to give up a weekend playing video games, social time with their friends, or TV time, in order to get stronger, live a healthier life, and be a more disciplined individual. But once they get over this fact and get on the mat, the students who stay on enjoy every part of it, from the work to the training to the leadership to the camaraderie.”

This dedication is exactly what makes the wrestling team so close. The hours of training and strenuous practices bring together the individuals who choose to endure them. Last year, three M-A wrestlers qualified for the state championship tournament; two of them were freshmen.

Sophomore Fola Akinola, one of the state qualifiers last season, is victorious.

In addition, M-A is hosting both the girls and boys Peninsula Athletic League (PAL) championship tournaments this year, and on December 3 the team will be hosting the M-A Bear Bash. This dedicated girls tournament is the first of its kind for M-A, and it will draw teams from all of northern and central California.

Hoang added, “These opportunities would not be open to us had it not been for our growing success, and I think we have a lot to be proud of from last year. We have more returners than we ever have in my time coaching here, meaning kids are having fun and believe in this atmosphere of self-improvement.”

Sophomore Lauren McDonnell is also a part of the exciting 2016 season and hopes to lead the girls program as team captain. She began wrestling last season, but her appreciation for the sport has skyrocketed since then.

McDonnell said, “My favorite thing about wrestling is how the team is so encouraging and how we care for one another. Even though it is an individual sport, the team is always pushing each other to be better. I have made so many new friends on the wrestling team and I am so glad I joined.”

As the team hopes to reach success in the PAL and beyond, McDonnell stated, “This year we hope to surpass the achievements we made last season. We have a lot of new talent this year which will really help our team. We hope to place first in PAL and in Central Coast Section (CCS).”

It takes a certain drive to be a part of the wrestling team, but as they look forward to the 2016 season, it is clear that these wrestlers are close, committed, and ready to compete. 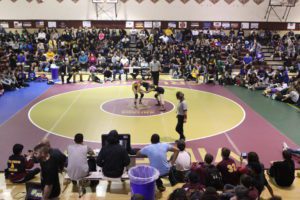 An M-A athlete competes in a wrestling tournament.