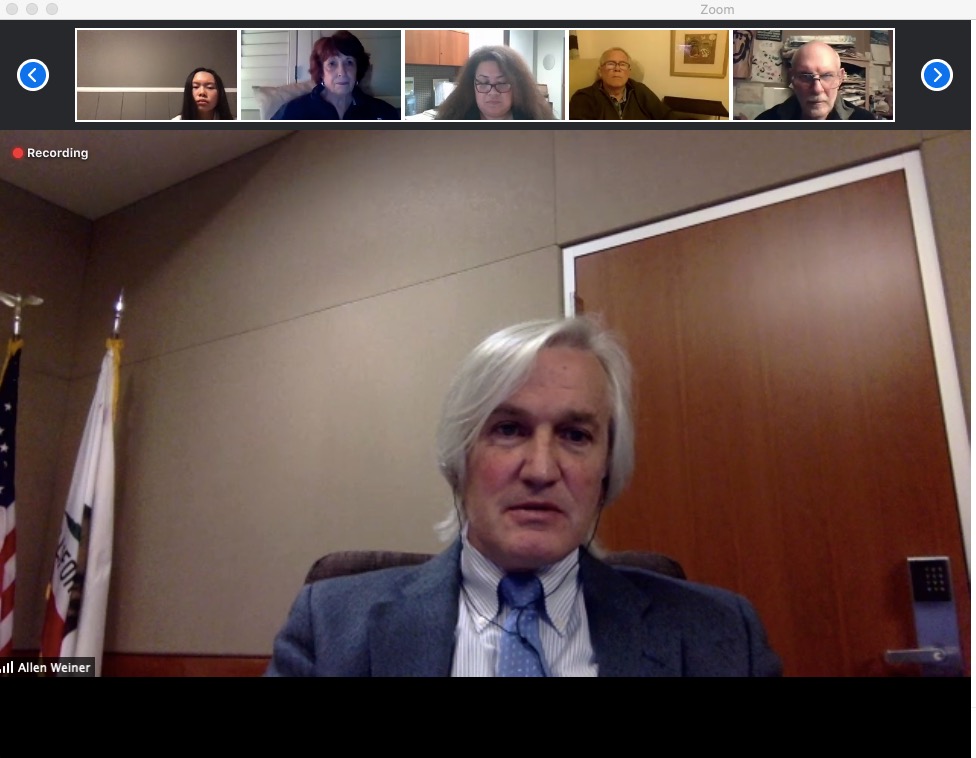 On Monday night the board of trustees for the Sequoia Union High School District (SUHSD) had a special online meeting to deliberate on what grading policy the district would implement in the second semester. Although the board decided to postpone the ultimate decision on whether to implement a pass, no-pass system or keep the current letter grading system, the issue was hotly contested by the teachers, students, and administrators.

The meeting being held on Zoom created confusion from the get-go. The system put in place by the board only allowed trustees and certain district employees to talk, but the muting and unmuting of speakers became an almost comical affair as the district struggled to adapt to the telecommunication tool. Moreover the meeting was capped at 100 participants due to restrictions on the district’s zoom account, meaning that many members of the public who wanted to observe the meeting could not. The president of the Board of Trustees, Allan Weiner, promised that future meetings would be expanded so as to allow all those who desired the chance to listen in live.

The meeting started with a discussion on how the district was handling the transition to distance learning. Staff from the teacher’s union, special education, student services, and others all reported that the switch was going smoothly, praising teachers especially for the work they put in to adjust. However, one problem that arose from distance learning was that approximately 15% (or around 1500 students) of the SUSHD population was “missing,” having not participated in any Canvas activity or interacted with students. While this is around the normal truancy level in the district, the shelter in place order put in place by the county severely restricted the ability to get in contact with those students who mainly were from already at-risk environments.

The district also showed the preliminary results of its ThoughtExchange survey which they had used to access needs and complaints during this unprecedented situation. Unsurprisingly, the biggest issue was the grading policy. While students and parents overwhelmingly favored keeping the status quo, teachers were more divided as they had a much more favorable opinion of either transitioning to pass no-pass or giving the students the options of either credit, no credit or letter grades.

Nearly an hour into the meeting, the board finally began discussion of grading policy for the second semester. Assistant Superintendent of Educational Services Bonnie Hansen presented to the board on the findings and recommendation of a breakout committee made up of teachers. The group report found that more work was needed especially in regards to reaching out to colleges to see what their policies would be and to parents and students in underrepresented areas. They also reached the consensus that giving the students the option of pass/fail or letter grades would be self-defeating as colleges might penalize those choosing pass/fail and that it would create a perverse incentive to choose letter grades in order to be competitive. In the end, the committee proposed three different solutions to the board. The first option was maintaining the status quo and having letter grades; the second option was switching to a pass/fail system where any grade above an F would be considered a “pass.” The final option was a “no-harm” system which utilized letter grades but only allowed students grades to improve during distance learning. The last proposal ran into controversy as it was pointed out that California education code stated that only teachers had the authority to determine a students grade thus there would be no enforcement mechanism on the “no-harm” policy.

Following the committee’s recommendation, the board opened up to public comments which were submitted on a google form. Out of the 37 comments submitted, all but one strongly supported keeping the current letter grade system. Juniors and sophomores from schools across the district including M-A, Carlmont, Woodside, and Sequoia expressed frustration that their hard work and grade-boost from AP classes could be invalidated. Others also expressed concern regarding whether colleges (especially private ones) would accept the pass/fail credit. Junior Maya Khodabachian was one of the people who made a public comment. She stated, “I feel it is unfair to switch to pass/fail considering almost all colleges have not said if they would accept it and it destroys all the hard work we have put in this year”

Afterwards the board discussed their initial stance on the issue. They split evenly on the issue with President Allan Weiner and Trustee Carrie Du Bois favoring a letter grade system, while Trustees Georgia Jack and Chris Thomsen favored a pass/fail system. Ultimately. the board decided to study the issue further and gather more community input before making a decision. The board said they would make a decision on the issue in the following weeks. 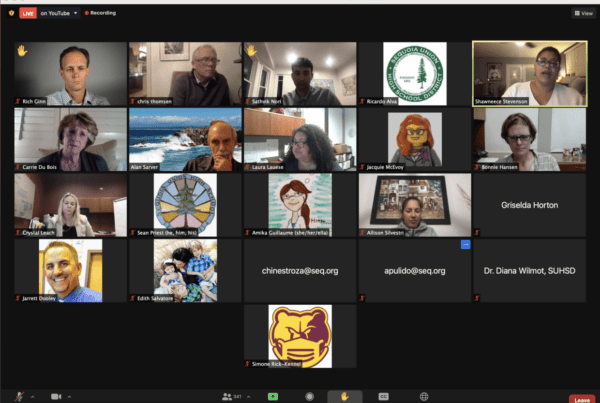