By Eric Laderman and Miranda Simes.

Nao’s debut EP recalls ‘70s funk, but displays an undeniable electronic sheen. Drawn-out synthesizers augment the crisp, syncopated bass lines, and punchy percussion. Nao’s enigmatic, pleasantly nasal voice croons over it all and only reinforces the notion that while it was released in 2015, February 15th could have almost fit in 1975.

Archy Marshall (a.k.a. King Krule) released his newest album under a new name, but his subject matter has changed little. A New Place 2 Drown picks up right where 6 Feet Under the Moon left off. Marshall’s raw baritone fades in and out over warbling synthesizers and emotive keyboard lines, expressing his angst. Marshall displays newfound sensibility regarding when to bring his voice to the forefront and when to let it fade behind the stellar production, lending A New Place 2 Drown surprising emotional nuance.

Danger, the latest album from Nidia Minaj, a music producer in the ever-evolving and fascinating Lisbon dance scene, encapsulates what makes the plethora of styles that have recently come out of the city so fascinating. She blends the arpeggiated synthesizers typically found in house music with African rhythms and percussion instruments to dizzying effect. Danger draws the listener in with punchy and danceable hooks and keeps the listener interested with syncopated background beats.

The preeminent emotion on Arca’s last two albums &&&&& and Xen has been anger, and Mutant is no different. His thunderous music, full of warbling, wonky, synthesizers, paints a bleak picture, yet his music is not so dark as to be unenjoyable. There is something oddly danceable about many of Arca’s songs. He pulls the listener in to his dark world and never lets them go.

On Days With Dr. Yen Lo, Ka (the rapping half of the Brooklyn-based duo) deals in shadowy half-truths and mysterious tall tales about his life on the streets. The whole album has an undeniably mysterious feel, mostly because of the excellent production from Preservation. Samples, both from The Manchurian Candidate and from musical sources such as Ravel, blend seamlessly with Ka’s intricate verses and tell a captivatingly tenebrous story.

5. Have You In My Wilderness, Julia Holter

Few albums from excellent singer-songwriters such as Julia Holter so perfectly supplement the lead artist’s  voice with instrumentals that never threaten to cover the singer, but actually add something to the album instead of just serving as a foundation. Whether it is a lonely harpsichord chirping away, or an orchestral string section, the instrumental parts keep Holter’s voice front and center, but are vital nonetheless. However, Holter’s folksy singing and clever lyrics are the most beautiful and captivating part of the album.

Best Track: “Have You In My Wilderness”

Nico Jaar, a Chilean born, Brown-educated producer has long been a man of mystery, and his music reflects that. It is full of shimmering synths and slowly and unevenly building hooks. Nymphs II has enough melodic and rhythmic intrigue to make it a very interesting listen, but it almost has the feel of an ambient album, making it a relaxing listen too.

Best Track: “The Three Sides of Audrey and Why She’s All Alone Now”

Expanding Flower Planet is very similar to Julia Holter’s Have You in My Wilderness. It features carefully composed backgrounds that perfectly augment the central feature of the album, the singer’s beautiful voice. However, Expanding Flower Planet has a somewhat shadowy and mysterious sound. All in all, it feels less like Deradoorian is trying to serenade the listener and more like she is trying to bewitch them.

It is almost impossible to label Dysnomia with a genre. The composition of the group that performs it—drums, a bass, and a piano—would be consistent with a jazz group. However, the ever-prevalent polyrhythms, minimalism, and percussive sound of all the instruments involved would suggest that Dysnomia should be classified as experimental music. Yet, while listening to Dysnomia, I often found myself dancing along, so perhaps it would be most apt to call Dysnomia experimental dance jazz music.

Garden of Delete is an absolute masterpiece. The songs often start out with a unique and catchy melodic hook that carries throughout but is then attacked by crashing, droning, synthesizers. Each song blends an amazing variety of sonic textures, created from a plethora of different synths and in doing so, manages to tell a story without any lyrics.

10. Darling Arithmetic, Villagers
Villagers (singer/songwriter Conor J. O’Brien) softly swings you along with his shimmering, folksy reflections. The album is deeply personal yet any listener will know the exact sentiment O’Brien is asserting.

9. Fools, Wild Child
This sunny duo from Austin, Texas brings emotional energy to the forefront of their ballad-y album released this October. Their live show at the Bowery Ballroom this November in NYC had me listening to the album endlessly afterwards.

8. Coming Home, Leon Bridges
Is he the new Sam Cooke? Listen to Leon Bridges’ soul and you’ll feel that perhaps this analogy is not so far off. Leon Bridges does achieve the kind of R&B your parents will appreciate, but he nonetheless doesn’t fail to be thoughtful and the 26-year-old’s talented croon is enough to set aside your retro hangups.

7. Thrill of the Arts, Vulfpeck
Vulfpeck is its own funk, defiant of anyone’s opinion and at times shamelessly provoking. At the same time, Vulfpeck achieves a straightforward sound, one that is the logical collection of pure instruments, without over-production.

6. I Love You, Honeybear; Father John Misty
Father John Misty (John Tillman) manages to craft his semi-offensive, semi-crooning lyrics with a musical wittiness that has you listening to the entire album in one sitting , wondering what the next song will hold. While cynical, his mannerism is not at all off-putting, and rather than deter you with his sometimes crude satire, Tillman pulls you in closer than you may anticipate.

5. Currents, Tame Impala
Psychedelic rock, electro-dance pop, the more you try to label what Tame Impala is doing, the more syllables you’ll find yourself adding. The group led by Kevin Park (vocals, guitar) incorporates a soaring, ringing, weird echo chamber that is at the same time full of precision and purpose.

Best track: “The Less I Know the Better”

3. Sound & Color, Alabama Shakes
Sound & Color is a dynamic, lively amalgam of noise, steered carefully by lead singer Brittany Howard’s powerhouse of a voice. Alabama Shakes has been called blues-rock, Southern soul, and indie rock, defying simply one category, and demonstrating that the group has plans beyond simply filling the preconceptions of popular music.

Best track: “Gimme All Your Love”

2. To Pimp a Butterfly, Kendrick Lamar
Kendrick has a directed anthem, but one that grows instead of narrows the more people listen to it. Whether it’s his lyrical deftness or his urgent purpose of the moment, Kendrick was and is for many the voice of 2015.

1. Black Messiah, D’Angelo
The emotion is raw and pulsating in “1000 Deaths,” a track that embodies the urgency and struggle of never-ending racial injustice; D’Angelo and his team pushed to release the specific track following Michael Brown’s death in 2014. The track is certainly a call to action, yet this doesn’t stop D’Angelo’s falsetto from touching on love, religion, and sex in Black Messiah. 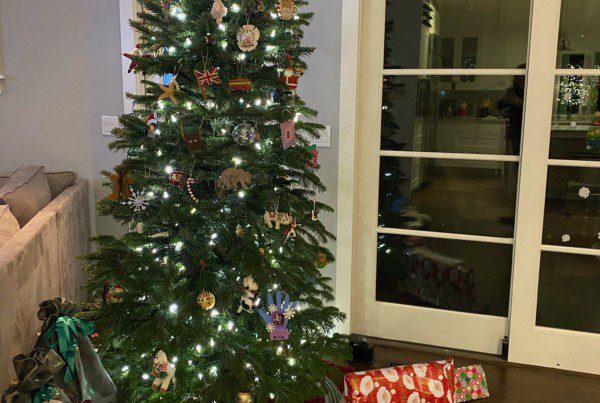