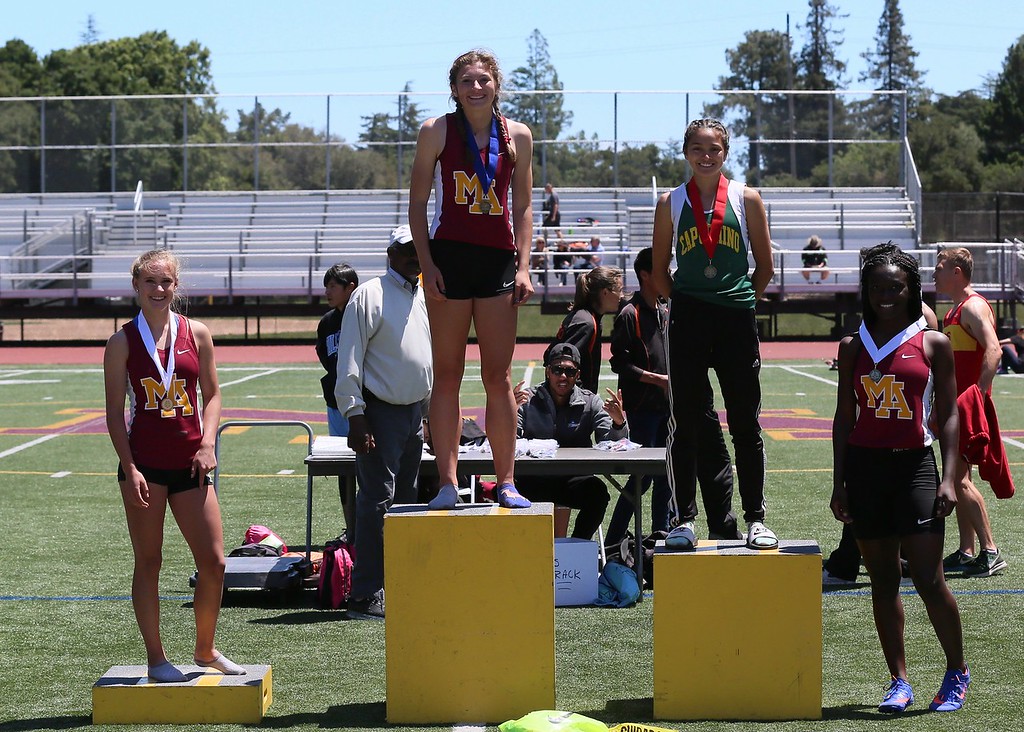 On Saturday, the Bears had one of the most successful days in M-A’s long track and field history. The girls won the Peninsula Athletic League (PAL) Championship for the fifth time and the past seven years while the boys took home the title for the first time since 2011. 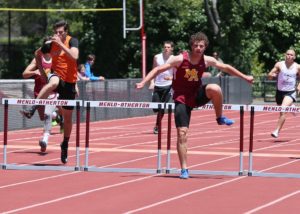 It all started with the 4×100 relay team as sophomores Maggie Hall and Jessica Eagle, freshman Brooke Olesen and senior Charlotte Schroeder won their event by over two seconds. The girls then cruised to fast finishes in the 200 relay as four Bears finished in the top five. Hall wasn’t surprised with the Bears victory.

“I was really happy. I am just so happy because we put in a lot of work this season and it has paid off.”

Junior Megan St. John went on to win the PAL title in the 100 hurdles and Schroeder continued her solid showing by placing first in the 300 hurdles. She ran with a time of 46.23 seconds which broke her own school record.

Senior Terrance Matthews-Murphy won the discus for the second straight year as he puts himself into a special place in Menlo-Atherton track and field history with these back-to-back titles. 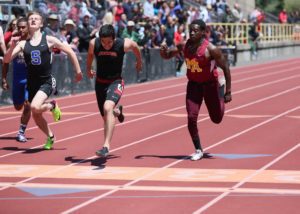 Senior Andrew Scoffone kept the Bears in the lead as he won the 110 hurdles and sophomore Luke Scandlyn kept the momentum going as he placed 2nd place in both the 1600 and 3200.

“I started training for this season with my hurdles coach in the fall and everything just clicked,” said Scoffone.

The girls also took the victory in the 4×400 relay while the boys team finished second in the event behind Carlmont.

Scoffone stated that the Bears performed better due to the motivation that coach Alan Perry provided.

“Perry has definitely had some angry talks with us. Towards the end of the season everyone was getting a bit too cheerful and he refocused us for the last meet.” 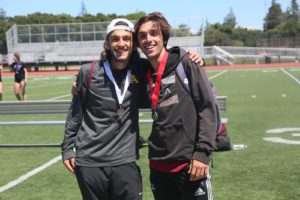 Both teams won by 39 points as at least one runner from M-A finished in the top five in almost every event. Before this year, the girls and boys teams had not both taken home their respective titles since 2011.

Let’s cheer on the Bears as they continue on the road to states as the travel to Gilroy High School for the Central Coast Section (CCS) trials on Saturday, May 20. Good luck to the Bears and congratulations on having such a historic regular season!