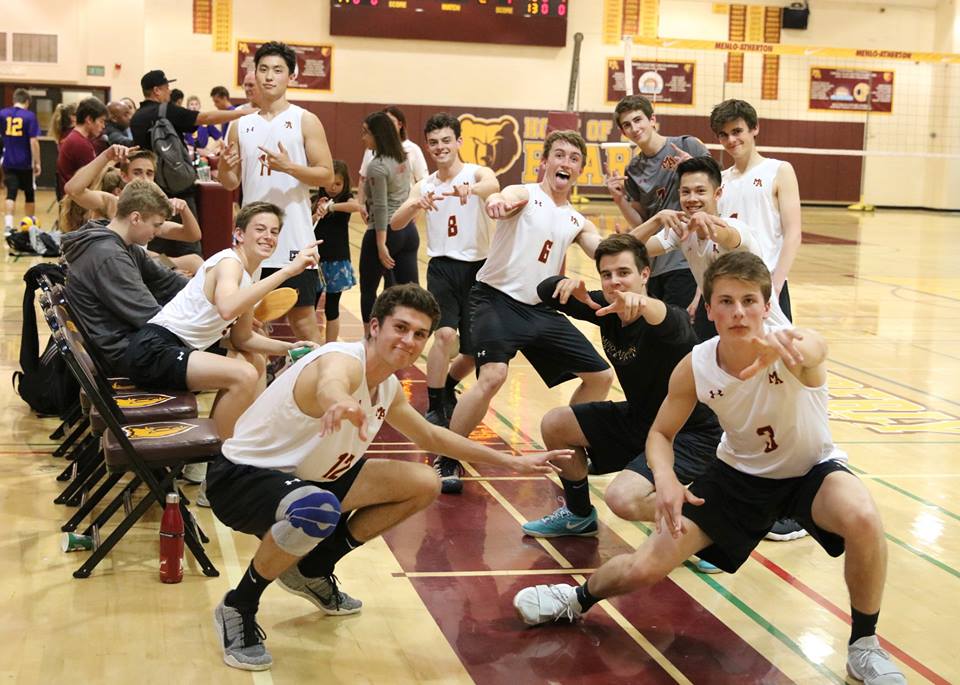 After the fourth seeded M-A boys volleyball team ran through fifth seeded Salinas in the first round of Central Coast Section (CCS), they traveled to San Jose to take on Western Catholic Athletic League (WCAL) powerhouse, Bellarmine. The Bears were once again helmed by senior star Aaron Letvin who recorded over 250 kills for the Bears over the course of the season. Bellarmine quickly took a 2 set lead over M-A winning close sets 25-19 and 25-17 respectively. The Bears struck back, displaying to spectators what got them to CCS semi finals, winning the third set over Bellarmine 25-21. Letvin spoke, “We showed the heart we had in that third set, we dug deep for that set.” Following the little momentum the Bears gained, M-A had another hard fought set, eventually dropping the last set of the match 25-17, resulting in the Bears losing the match 3-1 and the team ending the season with an impactful 29-1 record. 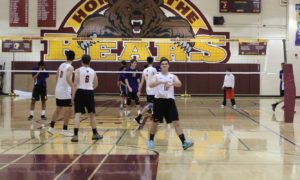 Senior Oliver Bley gesturing that it is ‘Bley Time’ to his fans.

The Bears topped off their highly impressive undefeated regular season with a CCS playoff win, both firsts for the still relatively young program. Senior and two year player Jeff Keare reflected on his year, “We had a great season, I am extremely proud of what we did.” Keare had a big boost in playing time during the Bears’ playoff run due to fellow senior Gavin Lombardi going down with an ankle injury. Keare provided a boost for the Bears in numerous sets with some big plays that provided M-A with necessary energy.

A team that started four years ago from a group of high schoolers who has mostly never played the sport before, transformed into bonafide players, facing off against some of the best in high school volleyball. 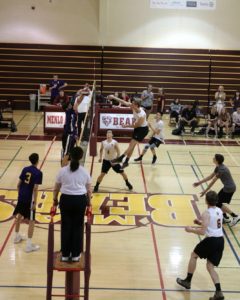 Keare rises for a kill.

Peninsula Athletic League Champions, an undefeated regular season, individual awards, and a CCS win is just some of what the Bears have to show after this historic season for Boys Volleyball at M-A.