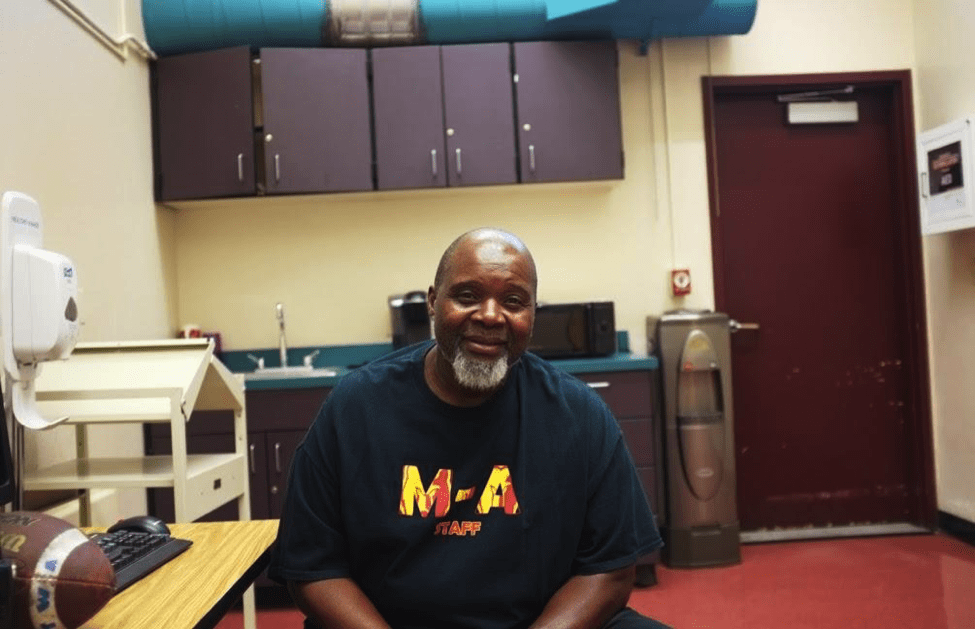 Sam Stephens starts his morning at 3:00 AM. He and his wife leave their home in Stockton and drive one and a half hours, across five different highways, before arriving at work. Stephens, a campus security aide at M-A, and his wife who works at Sequoia High School, moved to Stockton in 2002 — pushed out of the Bay Area by rising housing costs.

He recounted, “I didn’t go to Stockton just to find something cheaper, I just wanted to look for something that fit my taste […] so I went further and further out from East Palo Alto to Hayward, then to Stockton.” He described the neighborhood he lives in as spacious and quiet, characteristics he values but was unable to find in the Bay Area. “I didn’t want to [move to Stockton], wasn’t intending to, but rent was going up.”

This struggle is common for those searching for affordable housing in the Bay Area — enduring high rents to stay in likely cramped quarters or pushed out to neighboring counties and commuting hours to work every day.

Stephens noted some of the differences he has seen in his commute over the past 18 years. In 2002, there were “just two lanes on the 205,” and he left at around 4 or 5 a.m. to get to work on time, as he rarely encountered heavy traffic. But as urban sprawl grew eastward into counties neighboring his route, he began noticing changes. “As time went on they started putting in 3 lanes, and […] started putting up service stations, hotels, [and] different restaurants” along the highway. As a result, traffic increased, forcing him and his wife to leave their home as early as 3:30 a.m.

On his route home from school, Stephens is unable to use an alternative route or leave early to avoid traffic. He described how congestion, especially in the Tri-Valley, has worsened. “Six years ago, I would leave work at 3:45 [and] get home around 5:00, which was good for me.” However, “the last four or five years now I might be home at 6 or 7; if there’s a fender bender I might be home at 7 or 7:30.”

Anne Olson, a history teacher here at M-A, has also been affected by the housing crisis. When initially searching for housing, she was looking on sites like Craiglist and Zillow. However, the prices were far out of her budget; one-bedroom apartments went for about $3000 a month and studios were about $2000 a month, while she wanted to stay under $1500.

Luckily, she stumbled upon something commonly referred to as ‘culturally shared housing.’ As she described it, “they took a normal sized house, put up styrofoam walls and put eight people in it.” Last year, she paid $1500 a month to share a house with seven other people. Many of her friends from high school, who currently reside in San Francisco, live in one-bedroom apartments yet are forced to live with multiple roommates, “two people in the bedroom and one in the living room.”

So, how did the housing situation get to be so bad? Pilar Lorenzana, deputy director of pro-affordable housing organization Silicon Valley At Home, stated that “There isn’t one single sector to blame and consequently there isn’t one single sector responsible for fixing it.” Personally, Olson feels like the crisis is “perpetuated by the fact that prices are designed for people who have a partner [and] as somebody who’s single, it’s really hard to find affordable housing.”

She believes that how society is structured has also played a role; the historical way of using railroads and freeways to divide societies has made “some areas really expensive to live in and other areas super under-resourced.”

Stephens agrees, and although he does not hold companies like Facebook in contempt, he believes that they have contributed to the changes he has observed in East Palo Alto and Hayward that have forced individuals like himself to “find somewhere cheaper to stay.” Olson agrees, stating that industry growth has made “housing really expensive for everyone that doesn’t work in tech.” 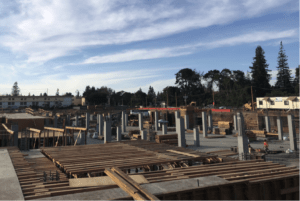 An interesting effect of the magnitude of growth in these sectors is increased wages, which allow tech workers to be financially competitive. For example, the average annual salary in the South Bay has increased to $124,000, up 4.2% from the previous year.

Development can be observed in the Central Valley as well. Stephens noted that along his commute he has seen numerous construction sites, warehouses being built to lease for tech companies such as Amazon and the delivery giant UPS. “If you’re on the 205 and you look over to the farmland that’s being bought off, you’ll see a whole lot of buildings, big warehouses and whatnot.”

When asked about what could be done to help those affected, Olson stated that the first step should be raising awareness. She hopes this will reduce the stigma around those struggling for housing, namely that they aren’t working hard enough or making enough sacrifices to be able to afford the prices.

Unfortunately, although there are several new housing development projects in the Bay, the crisis will most likely intensify as tech industries continue to grow. According to a recent estimate, California needs construction of roughly 210,000 to 250,000 residential units a year to provide adequate housing — but is building closer to 110,000 annually. In 2017, Santa Clara and San Mateo counties together added about 47,000 jobs while permitting just 12,000 new residential units, according to the Silicon Valley Index, an annual report released by Joint Venture Silicon Valley’s Institute for Regional Studies.

Stephens plans on retiring in the coming years, and his wife will most likely follow suit. He described the toll that the crisis has taken on him and his wife — “this is how bad it got, we have done this for 18 years […] it don’t bother me, but my wife, it tears her up, tears her up so bad […] she wants me to get a trailer and put it on my truck so we can find somewhere down here to stay. Because she’s tired of it.” 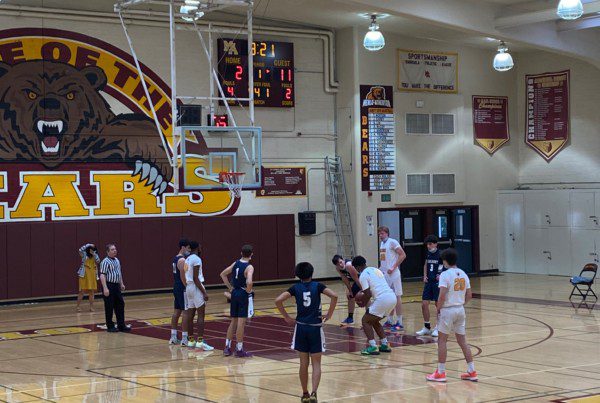