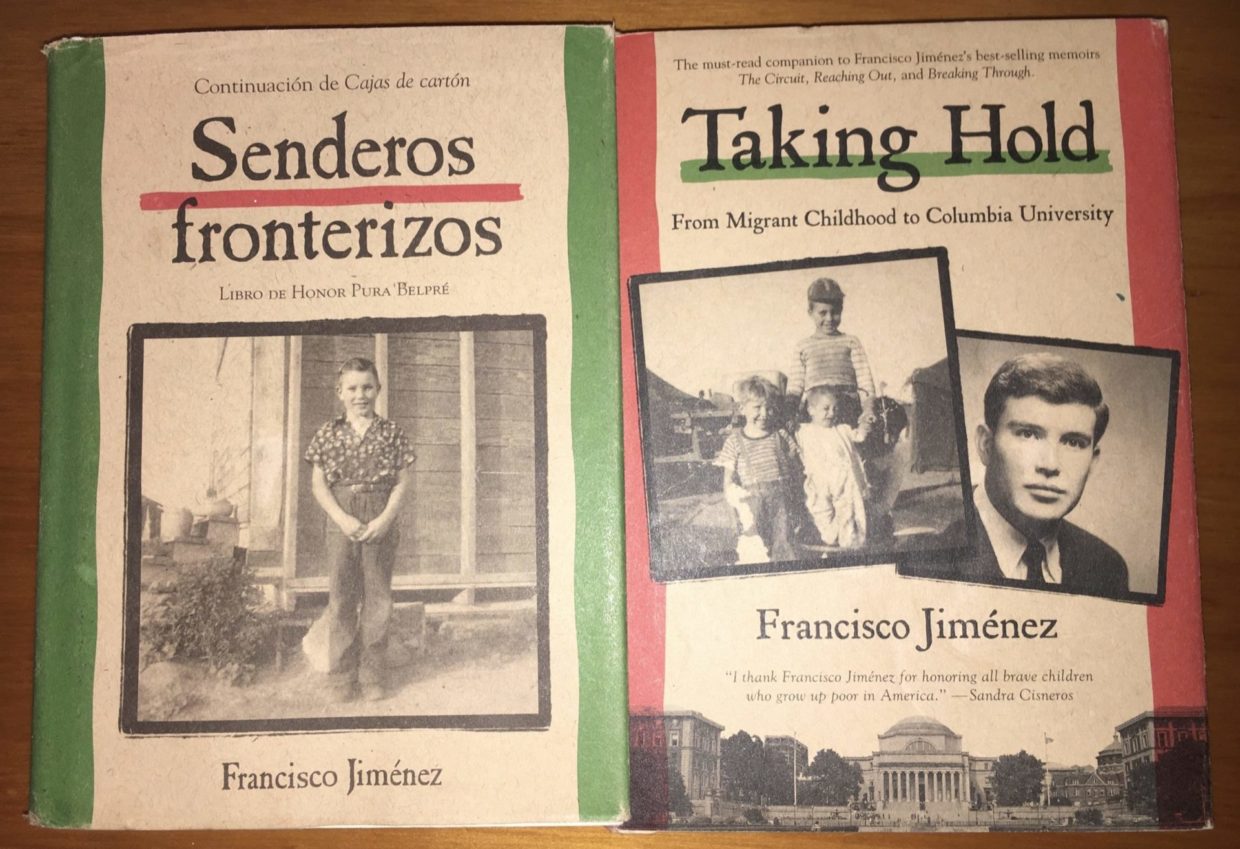 On Thursday, February 11, the Menlo Park Library hosted a virtual event where author and professor Francisco Jiménez reflected on his career as an internationally-acclaimed author. Jiménez immigrated to Southern California from Tlaquepaque, Mexico to work in the fields with his parents.

Jiménez began his presentation by detailing what his life was like living in ‘Tent City’ a migrant camp located near Santa Maria, California. He described the work that he and his family did as “hard and noble” with very little reward– picking cotton would yield just three cents per pound.

Jiménez has written four sequential books about his experiences. The first, The Circuit: Stories from the Life of a Migrant Child, is narrated from the point-of-view of a child, and describes Jiménez’s experiences working the field. The book was originally named Cajas de Cartón, or ‘cardboard boxes’, which Jiménez says came from “a life that was very fragile, very unstable, like cardboard boxes”. From a young age, Jiménez was exposed to storytelling by a man named Don Pancho, who would regale him and his brothers with folktales in Tent City. Although Don Pancho could not read or write, his stories had a heavy impact, with Jiménez saying “If I had been able to do that, and transcribe them, it would’ve been a bestseller.” Although Dom Pancho was eventually deported, Jiménez said he, “would always keep him in my heart, thanks to him, I learned the art of storytelling.”

The sequel, Breaking Through, continues Jiménez’s story as his family attempts to gain visas after being deported. This book focuses on Jiménez’s introduction to the value of education. Jiménez found a safe haven in education after a fire caused him to lose a notepad that he was using to learn English. His mother helped him realize that he had memorized the contents of the notepad, which led him to realize that “where [he] found a sense of stability, of permanence, was education”. Additionally, in sophomore year English when his teacher recommended that he read The Grapes of Wrath by John Steinbeck. Jiménez said, “For me, that experience showed me the power of literature to move hearts and minds.” Jiménez received the Steinbeck Award from San José State University in 2016 for his powerful storytelling.

The third book, Reaching Out, details Jiménez’s experiences as a first generation college student, and the doubts and difficulties that came with that status. Not only was Jiménez unsure if his academic potential matched that of his classmates, but he felt guilty for living in a college dorm while his family continued to work in the fields. Eventually, Jiménez concluded that “by applying yourself and your education, you’re honoring the sacrifices your parents and grandparents made”. During this time, Jiménez marched with Cesar Chavez in Sacramento, and it was during Chavez’s impassioned speech that he had a realization about the direction of his life. Jiménez said that he “made a promise that I would do everything in my life to help alleviate the plight of farm workers. I had no idea how I was going to do that, but I made that promise”.

The fourth and final book in the series, Taking Hold: From Migrant Childhood to Columbia University, Jiménez describes his journey as a graduate student at Columbia in New York City, where he eventually earned a PhD in Latin American literature.