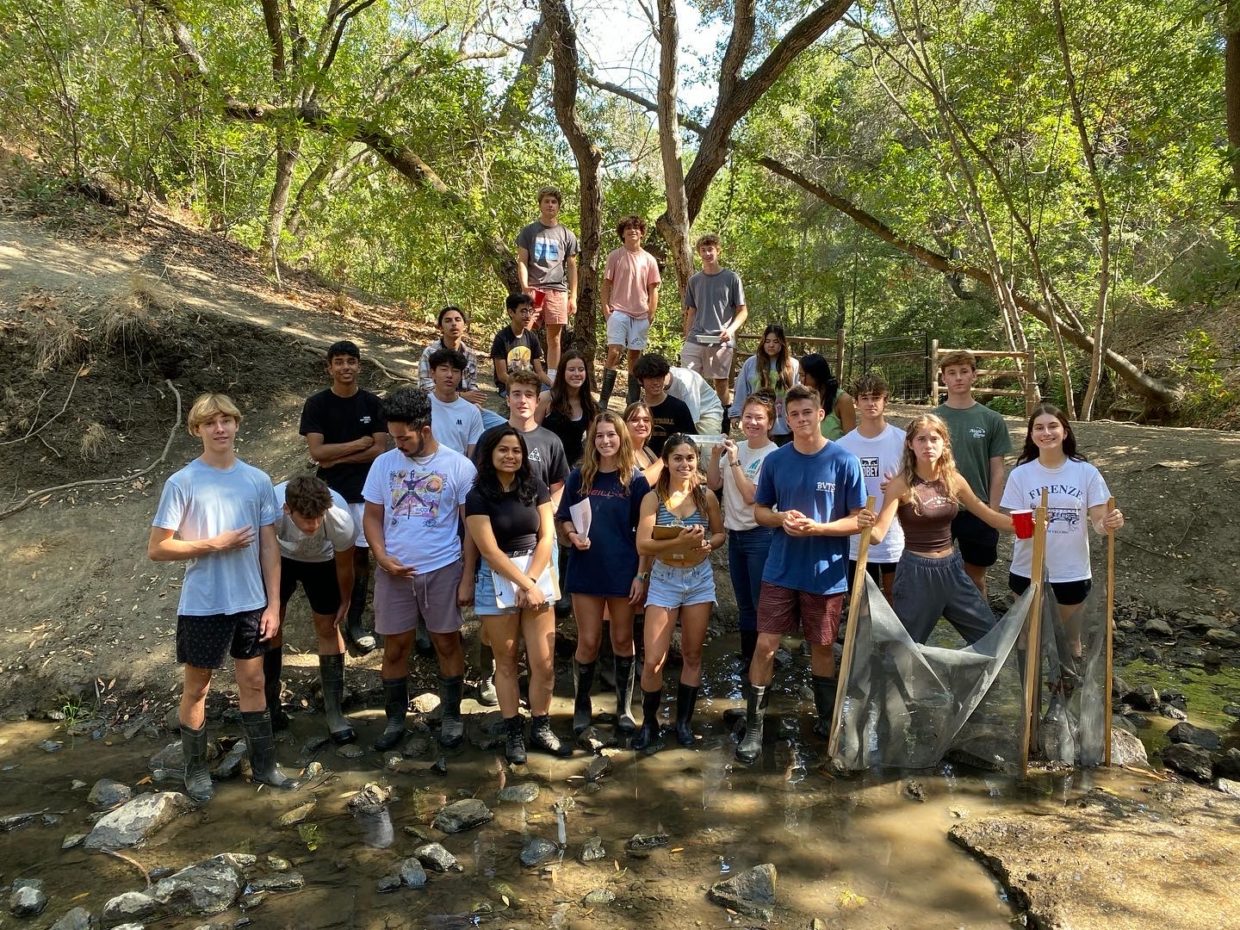 APES Dips Their Toes Into Ecology With a Field Trip

Last Wednesday and Thursday, M-A’s AP Environmental Science (APES) students headed off campus for their first field trip of the year. After talking about ecosystems in class, they crowded onto buses to study the ecosystem, organisms, and water quality of Arroyo Ojo De Agua, Stulsaft Park’s creek. APES teacher Erica Woll said, “We were looking for some organisms that would tell us what the state of the creek is. Is it a healthy ecosystem that is really thriving and biodiverse, or is it polluted?” 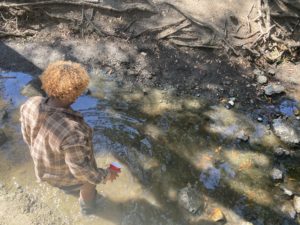 Mezzy Epidendio wades into the creek to catch insects and other organisms.

To answer this question, students tested the pH of the creek’s water.. Lance Powell, the other APES teacher, said, “They put on mud boots and were kicking rocks to stir up organisms, and they went downstream where they could catch them in nets.”

“Some people tell me they hate bugs, or that they don’t want to do it, ” Woll said. “But then I see them and they’re getting into it, they’re trying to catch fish, and it’s really fun!”

Senior Mezzy Epidendio, a self-proclaimed “not very outdoorsy” person, proved Woll’s point, saying, “It was really fun to get to go. Especially since the people in that class are pretty cool, which just made that experience better. I haven’t been on a field trip since fifth grade, so it was really fun.”

Many students agreed, including senior Sofia Preston, who said, “The field trip was a great way for our APES community to become closer outside of the classroom.” 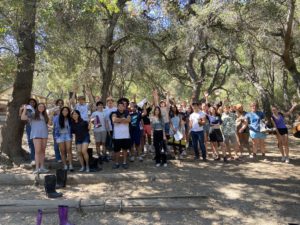 Powell’s fourth period class poses for a picture at the end of the field trip.

Reflecting on the trip, Woll said, “I think it’s a really fun way for them to feel like a scientist—to get out there and do the kind of work that really is done by environmental scientists—and I think the students overwhelmingly enjoyed the trip.”