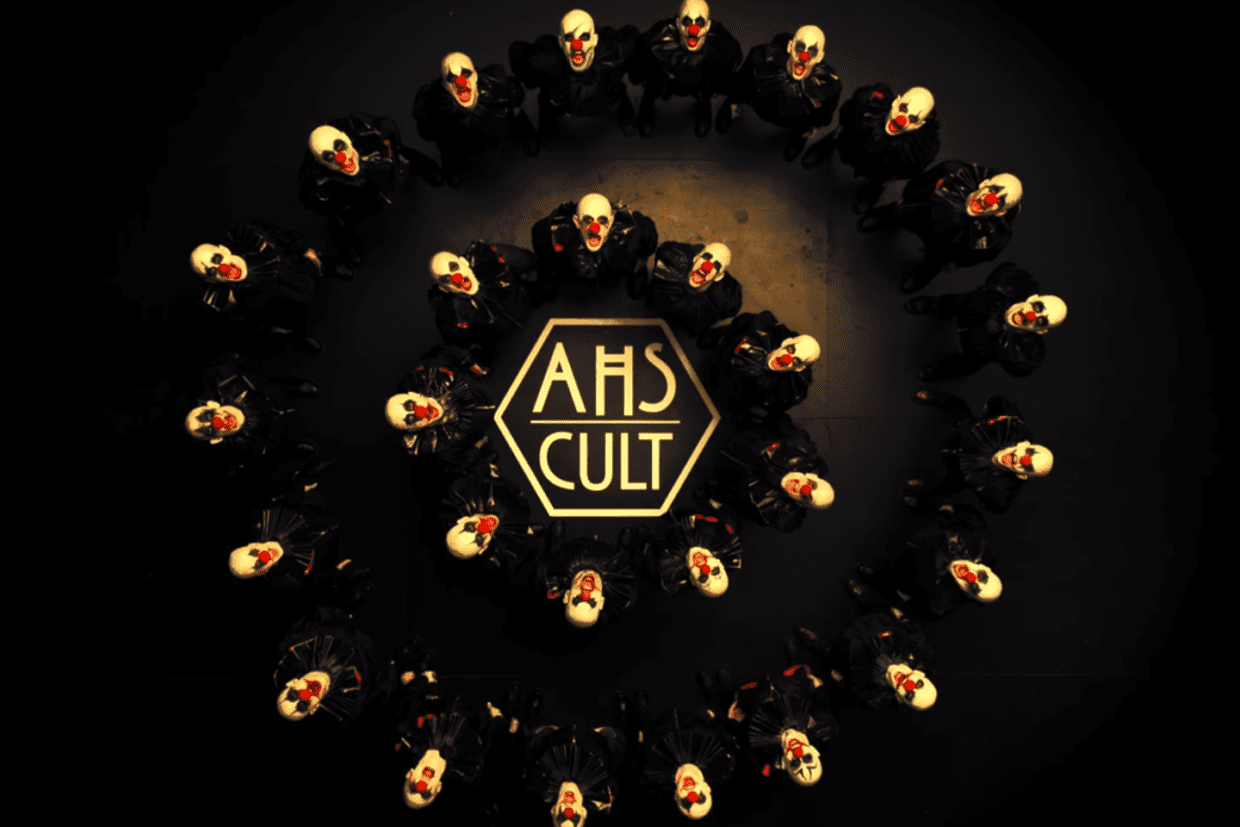 The seventh season in the anthology series “American Horror Story: Cult” premiered Tuesday night. This new season’s storyline revolves around Ally Mayfair-Richards, played by Sarah Paulson, during the aftermath of the 2016 presidential election.

The premiere episode, “Election Night,” starts off with Ally at an election night party with her wife, Ivy Mayfair-Richards, played by Alison Pill, and their neighbors. As the results are broadcasted on the television, Ally breaks down in a panic. We find out that Ally deals with anxiety, agoraphobia (fear of places that might cause panic), coulrophobia (fear of clowns), and trypophobia (fear of irregular patterns of small holes). Later in the episode, the audience sees Ally’s multiple phobias come to life and intensify.

Twisty the Clown returns to this season, as previously seen in the fourth season “Freakshow,” played by John Carroll Lynch. He appears in a reenactment scene of a comic book that Ally and Ivy’s son, Oz, played by Cooper Dodson, is reading. Ally catches him reading the comic book and has a panic attack upon seeing the clown on the cover.

Meanwhile, after the election results are announced, Evan Peters’ character Kai Anderson celebrates Donald Trump’s win by grinding up cheese puffs and putting them on his face. This odd scene is both eery and comical, setting the tone for the rest of the episode.

Kai then talks to his sister Winter Anderson, played by Billie Lourd and has her do a sort of “pinkie-promise” to answer his questions. He goes on to interrogate her in a strange manner, hinting to the “cult” aspect of this season.

Throughout the episode, Ally begins to see clowns following her and in a particular scene in an empty grocery store, she sees multiple gruesome clowns chasing her and calls Ivy in a panic. When Ivy has the police look at the security footage, they just see Ally alone, throwing bottles of wine in the aisles.

Later on, Winter becomes the Mayfair-Richards’ nanny, upon Kai’s instructions. Winter shows horrifying videos to Ally and Ivy’s son, Oz, seemingly in a cultish brainwashing style. Then, Oz sees clowns outside his window and tells Winter, but when Winter comes to the window, they are gone. Suddenly, a scream is heard as the clowns brutally murder the next-door neighbors.

Ally and Ivy arrive home in dismay at the crime scene. The detective tells them it is an apparent murder-suicide, but this is not the case.

The episode mysteriously ends with Ally waking up in her bed and talking to who she thinks is Ivy beside her. She then turns around and sees a clown and screams.

“There’s nothing more dangerous in this world than a humiliated man.” -Kai Anderson

This episode is entertaining, but the plot seems a bit lazy. The reuse of Twisty the Clown and clowns in general seems overdone.

Perhaps the scariest part of the episode is when Kai says, “There’s nothing more dangerous in this world than a humiliated man.”

This statement most likely strikes a chord with viewers because of its glaring truth. So much of racism and white supremacy stems from insecurity.

Some fans expressed their thoughts on Twitter, and many shared the opinion that among all the characters Peters has played on the show, Kai, a racist Trump-supporter, is the scariest.

I’ve accepted Evan Peters with his lobster claws, as a serial killer, a teen murderer and a ghost. But as a Trump supporter hell no #AHSCult pic.twitter.com/L1Uo9Utgo7

Either “American Horror Story” is pointing out the absurdity of the post-election events that have taken place and is legitimately criticizing the polarization of the political parties, or it is using a current event for easy writing. Hopefully, this season will use the election in a clever way rather than just further simplifying complicated politics for a timely angle. The difficult aspect of this season is that it is attempting to mirror what is currently happening and show the horror of our reality in a way that does not seem cliché.

Some fans are disappointed that Kathy Bates and Jessica Lange are not returning to the latest season, and after ratings for the show fell during last season “Roanoke,” fans hope that this new season is better than the last.