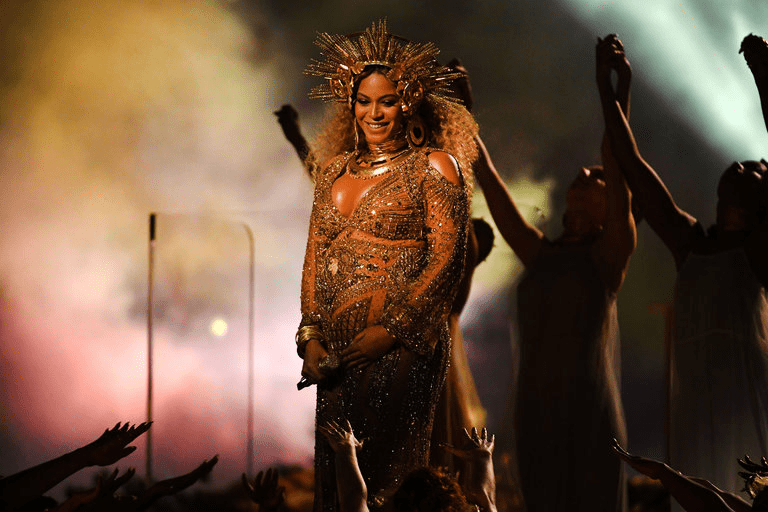 Adele Was Right: Beyoncé Should Have Won Album of the Year

Perhaps the biggest moment of the 2017 Grammy’s was Adele’s insistence that her Album of the Year award should go to Beyoncé. In an emotional acceptance speech, the younger diva insisted, “I can’t possibly accept this award… my artist of my life is Beyoncé… and this Lemonade album was just so monumental.”

Like many Beyoncé fans, Adele’s commitment spans a lifetime. She described in a backstage interview how she became an instant Beyoncé stan when she was 11 years old, and heard Destiny’s Child’s “No No No” for the first time. “I fell in love immediately with her… and the way that I felt when I first heard No No No was exactly the same as how I felt when I heard Lemonade last year.”

The catch here is that Adele’s acknowledgement of the cultural significance of “Lemonade” is not some sort of extreme humility or snuggling up to Beyoncé: she was right.

It’s not the Adele’s “25” wasn’t good; the 28-year-old singer’s comeback album was beautiful, and she also won Song of the Year and Record of the Year for her hit song, “Hello” (both times over Beyoncé’s “Formation”). While Beyoncé had success in other categories, winning Best Urban Contemporary Album for “Lemonade” and Best Music Video for “Formation,” the fact remains that Adele dominated in the most prestigious categories. The fact also remains that “25” pales in comparison to “Lemonade.” 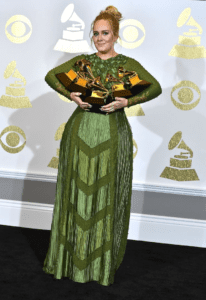 “Lemonade,” Beyoncé’s sixth studio album and second visual album, is an iconic piece of art. Her expansion into new genres and sounds made her the most musically diverse nominee at the Grammys, as songs like “Don’t Hurt Yourself” and “Daddy Lessons” flirted with rock and country, respectively, along with hits like “Sorry” and “Formation” staying within her usual boundaries of pop and R&B. The versatility and talent she showed on this album alone qualified her for Album of the Year.

Yet the music not only explored a range of genres, but a range of emotions. Lyrically, the album follows the story of a woman who has been cheated on by her husband, exploring the resulting range of emotions. This complex, nuanced portrayal of a black woman’s experiences in itself challenges the one sided narratives we often see in the media. Rather than common tropes of promiscuity or sass, Beyoncé peeled back the layers to take the audience through anger, jealousy, pain, sorrow, joy, pride, acceptance; the rawness and vulnerability that Beyoncé displayed redefined the way black women’s experiences are represented in music, and created a platform for subsequent black female artists to explore their emotions, identity, and role in society. In the “Lemonade” film, Beyoncé shares the screen with other black artists, including Chloe X Halle, Amandla Stenberg, and Zendaya, among others. Credit: Rolling Stone.

On top of all this were captivating visuals, portraying the rich beauty and history of Southern black culture and of black people themselves. In her acceptance speech for Best Urban Contemporary Album, Beyoncé reflected on the importance of representation, stating, “It’s important to me to show images to my children that reflect their beauty, so they can grow up in a world where they look in the mirror — first to their own families as well as the news, the Super Bowl, the Olympics, the White House and the Grammys — and see themselves. And have no doubt that they are beautiful, intelligent and capable.”

Most importantly, “Lemonade” was created for black women. It featured black women of all shapes, shades, and sizes, from tennis world champion Serena Williams, to model Winnie Harlow, to the mothers of Trayvon Martin, Michael Brown, and Eric Garner — all black men killed by police. And not only was “Lemonade” created for black women, it was created by arguably the most famous musical artist of our time — a black woman. “Lemonade” paid homage to the complexity, beauty, and power of one of the most forgotten groups in American society.

In short, “Lemonade” was revolutionary. 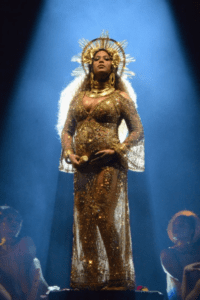 The fact that “Lemonade” failed to win Album of the Year reveals the systemic marginalization of black artists in the music industry. From the jazz era of the roaring twenties to the rap and R&B of today, black artists have been the creators, leaders, and icons of the American musical scene. Yet they are hardly ever acknowledged by major awards shows; rather than being viewed as essential to pop culture, they win only in subcategories like Urban Contemporary or R&B. Only ten black artists have ever won Album of the Year in 59 years of the Grammy Awards, the last being Herbie Hancock for “River: the Joni Letters” in 2008. Beyoncé has never won this award, despite being among the most awarded musical artists in Grammy history, with 22 Grammys and 62 nominations.

Furthermore, awards shows are far from ignorant of the influence and popularity of black artists. Beyoncé and other iconic black artists (see Kendrick Lamar’s politically charged performance last year, or even this year’s collaboration by A Tribe Called Quest, Anderson Paak, and Consequence) are often recruited to perform to boost viewership and ratings, promote an image of diversity and acceptance, while their work goes unrewarded.

It’s high time that we start acknowledging the remarkable, groundbreaking contributions black artists make to our culture. Black art is not separate from American art; it is woven into the very fabric of our nation’s popular culture. Beyoncé is just one in a long line of black American musical icons, and if the music industry can’t recognize that “Lemonade” is proof of that, some systemic reform efforts are needed. In the words of Adele, “What the fuck does she have to do to win Album of the Year?”