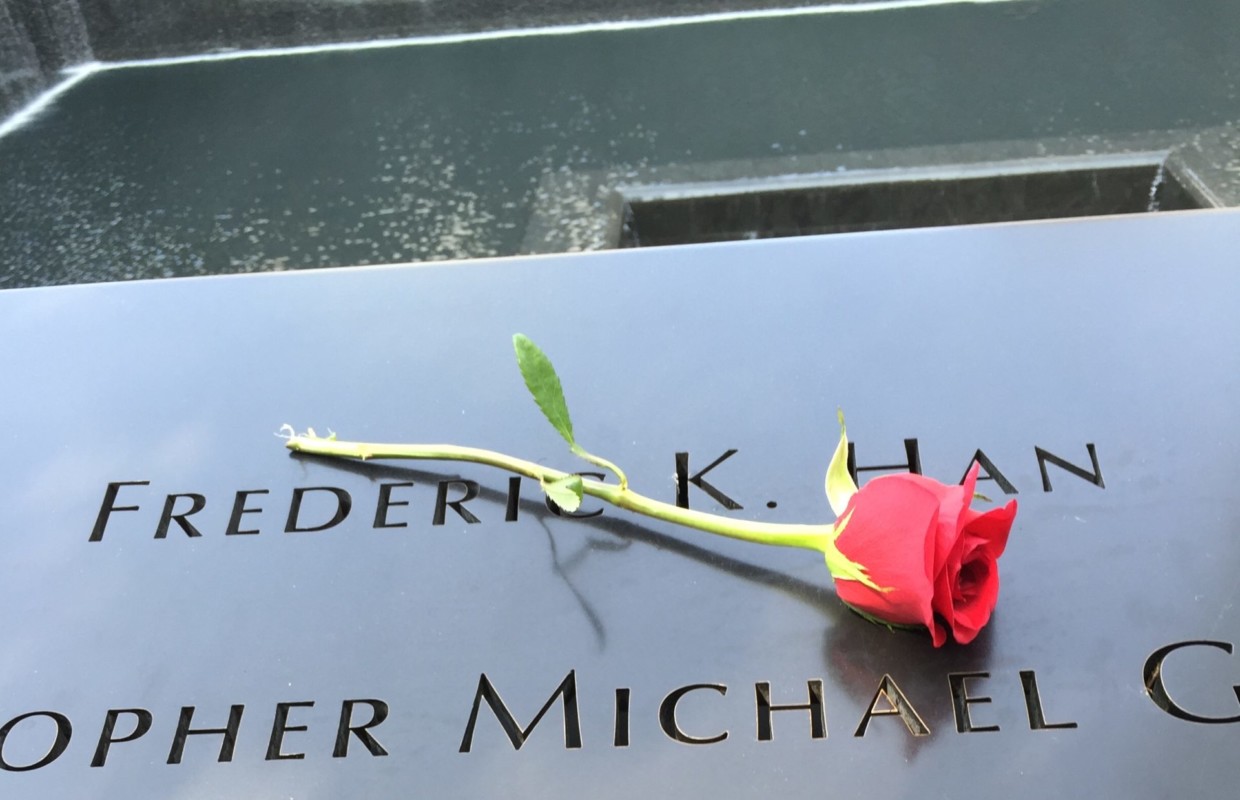 A Personal Reflection on 9/11: Losing Someone You’ve Never Met

Yesterday I woke up to my alarm like any other day and got ready for school. I start school with first-period concert band, I’m still slightly groggy, and most likely almost late . It’s like any other day, I have my classes, hang out with my friends during lunch, and try to squeeze in some last homework.

However, today is different. Today I feel more emotional than usual, my eyes often water up. I’ve already had to leave class two times because I didn’t want others to see me cry. I feel slightly sick to my stomach and I wake up at 6:30 instead of 7:30. I’m up early waiting to hear my uncle’s name read. On September 11th, 2001, I lost my uncle Frederic Kim Han to the Twin Towers terrorist attack.

When I was younger, I could never truly comprehend what had happened. All I knew was that my mom’s eldest sister, Patti 이모’s husband had passed away in 9/11. To be fair, I was in preschool, there wasn’t much that I understood. It’s different now, and so is my opinion on losing a family member. When I didn’t want to go to school today, my dad told me, “Today isn’t a day to be depressed, it’s a day to be glad that you’re alive, and that your family is alive.” 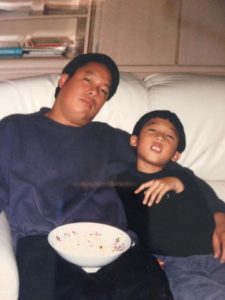 My connection to 9/11 has brought me many stories as well. Sometimes I feel uncomfortable bringing up 9/11, and the fact that it wasn’t my father who passed away, or my mother, or an aunt or uncle who I’m related to by blood. Or even the fact that we had never met. Once in 9th grade, I was told that it was ridiculous and that my uncle’s death doesn’t count because I had never met him.

I was speechless: it made me rethink everything. I also remember when I was 7 or so, I was at an AYSO soccer game, and my mom had been crying. I had no idea why, and I kept on asking her. Although I didn’t exactly understand the details, I had always known that September 11th had meaning to our family. But that was all. It wasn’t until I was older when I found out more about the attack. I grew more interested to learn about this mystery man whom I had never met; I was 3 months old when he passed away.

I feel as though I struggle to talk about what happened, especially since in 2001, almost all of my friends were too young to remember the event. Today during fourth period was the first time that I had ever really talked about my connection to the attack with someone. I spoke to my study skills advisor when he recognized that I wasn’t doing well. I think it was nice to finally talk to someone about what I was feeling, and someone who had experienced 9/11, and remembered it. We both spoke about our experiences of 9/11; he told me that he was in 8th grade when it happened, and I told him about my uncle. I think this was very important to me, because I never had anywhere to go with how I was feeling, but finally I was able to tell someone.

Since I was so young, I was never able to meet Uncle Freddy. I think this is something that has shaped my personality. I hate to hold grudges against people I care about because I’m worried that I will not ever see them again. The thought of my family being injured, in trouble, or passing away throws me into a pit of anxiety. Whenever I talk about the attack, my voice begins to shake, and I try to keep a steady voice; I don’t want to make others uncomfortable. But when it comes to Uncle Freddy, I always want to know more about this man whom I’ve heard such wonderful things about. I ask my mom what he was like, but I never ask my 이모 (aunt in Korean) or my cousin about him; It doesn’t feel right to do so.

From what I’ve heard, he had a booming laugh, he loved golf, was a family man, and also liked to be called “the Emperor.” I was also told that we would’ve gotten along. Throughout the years, I’ve learned more about him. In 2002, the New York Times published a profile about him with an anecdote told by his friend. I like to tell myself that in a way, I would like to grow up to be like him; a genuine, generous and kind person. 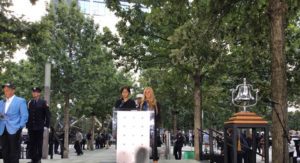 However, there is something about 9/11 that irks me. It’s been 17 years since the attack, and each year, it’s almost like the event is being forgotten. I was told by Sarah 이모 that before, in the first couple of years, the area was so raw. There was still debris from the attack, and it was difficult to be around. Now, there is a brand-new building in place of the old Twin Towers. Although people say that 9/11 is forever in their memories, is that true? On Instagram, there are 9/11 jokes with thousands of likes. Why is it that a terrorist attack that killed many is being made fun of?

I distinctly remember how shocked I was in 9th grade when there wasn’t a single tribute to 9/11 and the attack. I waited for the moment of silence that my middle school had had every year, and it never came. When I read names last year in New York City, it was held in a small square with rows of chairs. There was no traffic, and it was easy getting to our destination. It was almost as if 9/11 had become something in the back of the New Yorkers’ heads, when just five years ago, many flooded the area to hear the honoring of the many who passed away. However, I don’t exactly find this a problem. I think this is a sign of moving on, and although I find it important to grieve, I find moving on just as important.