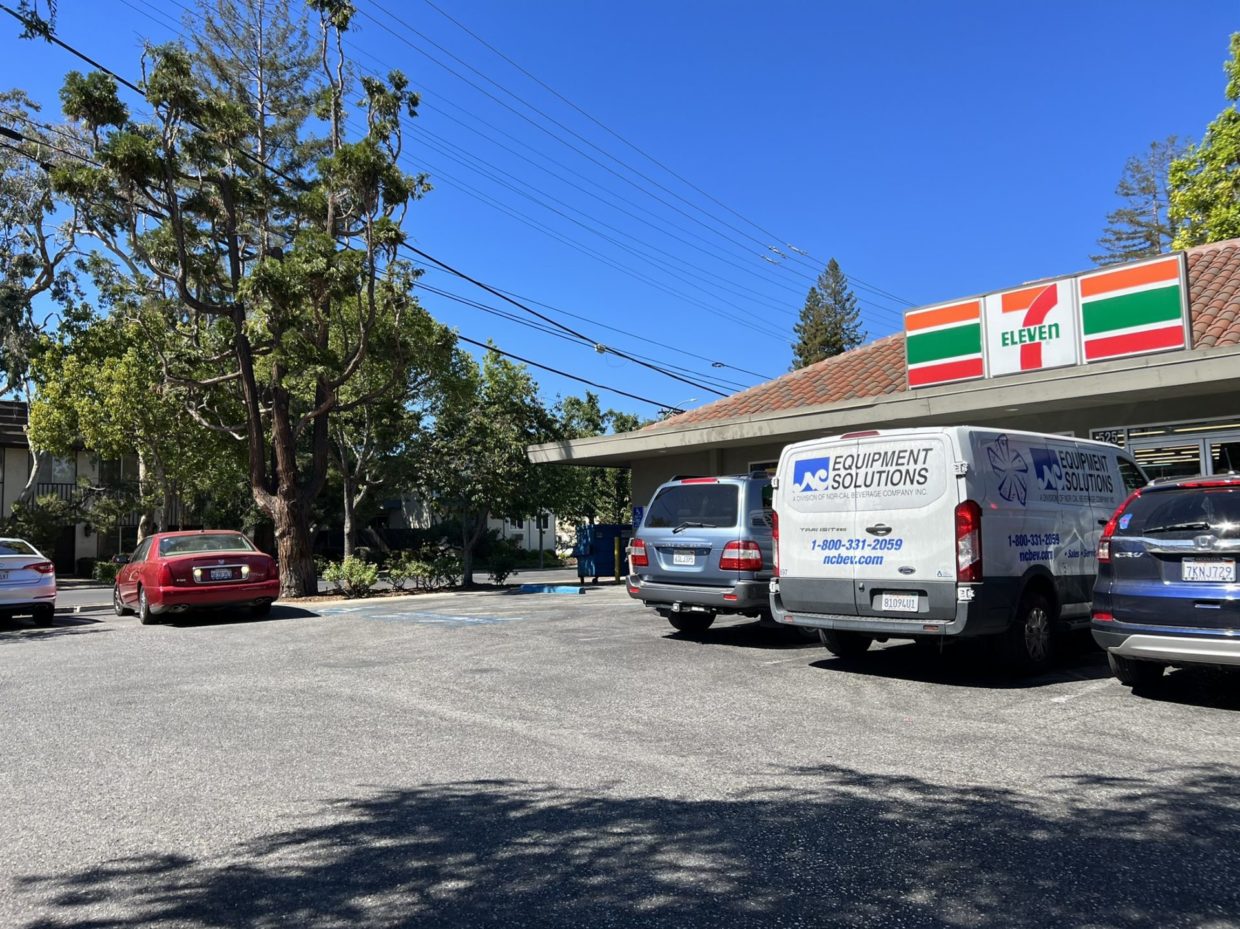 This Sunday, one man was wounded in a drive-by shooting near 7/11 in Menlo Park at the corner of Oak Grove Ave. and Alma St. Police and paramedic vehicles began lining up shortly after 1:20 pm when they received the 911 call reporting the shooting.

The Menlo Park Police Department (MPPD) waited to release a statement outlining the incident until later that day, leaving some onlookers feeling anxious. They said that officers found the male victim with multiple, nonfatal gunshot wounds before paramedics rushed him to the nearest hospital. Additionally, “preliminary investigation reveals four subjects in a parked vehicle were the intended targets of the shooting.” According to the official police log published the same day, an investigation into attempted murder is ongoing.

Senior Carter St. Clair, who was working nearby at Philz Coffee, said, “All I saw was a line of police cars in the area, I assumed it was something regular…” She said she felt relatively safe during her shift, but recalled that “People were coming into the store confused, and asking the employees if they knew what was going on, which added to the general panic throughout the day.”

However, after learning more about the incident, she said she was “shocked that police or public officials didn’t notify the businesses in the area, especially since it happened so close to a populated area.” 7/11 is a popular store among M-A students and is less than half a mile away from the school itself.

Users of Nextdoor, a social media network where residents can discuss local matters, echoed St. Claire’s thoughts, with one individual named H. J. describing the event as “…extremely frightening for those of us who live in the immediate surrounding blocks,” sharing their opinion that “it’s important MPPD release information to us as soon as it’s available.”

Nicole Acker, Senior Management Analyst for MPPD, said that the reason the police waited to release a statement was that, “it is important to get as much factual information as possible before releasing it. There were and are several people to interview and to ascertain what happened, thus releasing information out later that day was the decision,” adding that there was “no threat to public safety because the shooting did not appear to be random.”

If you have any information regarding the case, please call MPPD’s detective unit at 650-330-6300. To sign up to receive urgent alerts in the future, text your zip code to 888777.