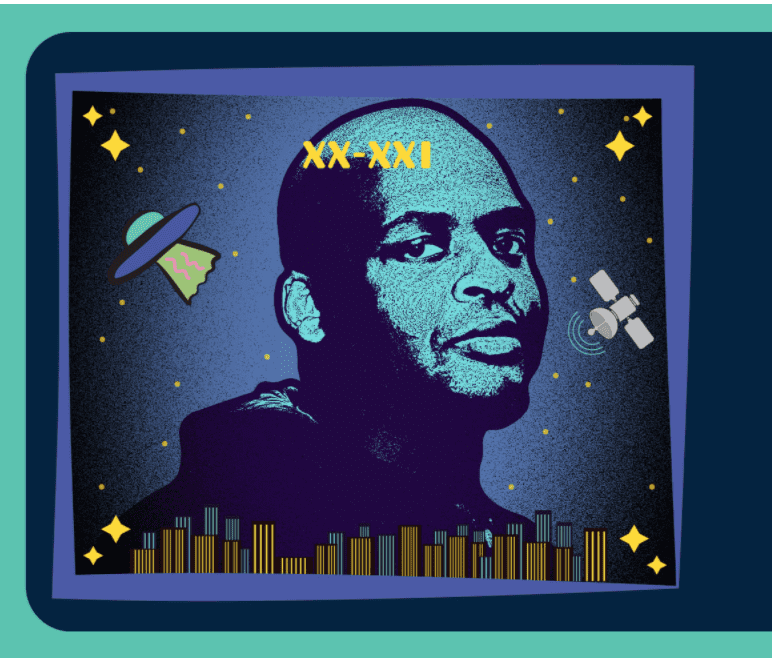 “Look back at all the art that Black people created. Not for money, but to keep other Black people alive over the past nine or ten months. People are out here trying to save us,” said author Kiese Laymon in a virtual event Thursday night put on by San José State University’s Center for the Literary Arts (CLA).

Laymon read from his book Heavy: An American Memoir, a work of creative nonfiction that describes Laymon’s life from growing up in Jackson, Mississippi to becoming a professor in New York. Through vivid personal narrative, Laymon details his relationship to his mother, his body, and his country with vulnerability and grace. The memoir has won numerous national awards and acclaim from The New York Times, NPR, Buzzfeed, and The Washington Post; in 2018, it was named Audible’s audiobook of the year.

Reading an excerpt of his memoir, Laymon recounted his first day at a private Catholic middle school, where he was one of three Black boys in his homeroom class.

“LaThon, who we both thought looked just like a slew-footed K-Ci from Jodeci, and I sat in the back of homeroom the first day of school doing what we always did: we intentionally used and misused last year’s vocabulary words while LaThon cut up his pink grapefruit with his greasy, dull butter knife. ‘These white folk know we here on discount,’ he told me, ‘but they don’t even know,'” Laymon read.

Laymon’s character replied, “Give me some of that grapefruit. And don’t be parsimonious with it, either.”

Following the reading, SJSU Professor Keenan Norris moderated a discussion about literary arts and Black abundance, a term Laymon uses in Heavy. In one exchange, Norris asked, “What does Black abundance mean to you in 2021?”

SJSU Professor and CLA founder Alan Soldofsky called the event, in a comment on the live video, “One of the CLA’s finest nights.”

More information about the event, including video highlights, can be found on https://www.clasanjose.org/kieselaymon.