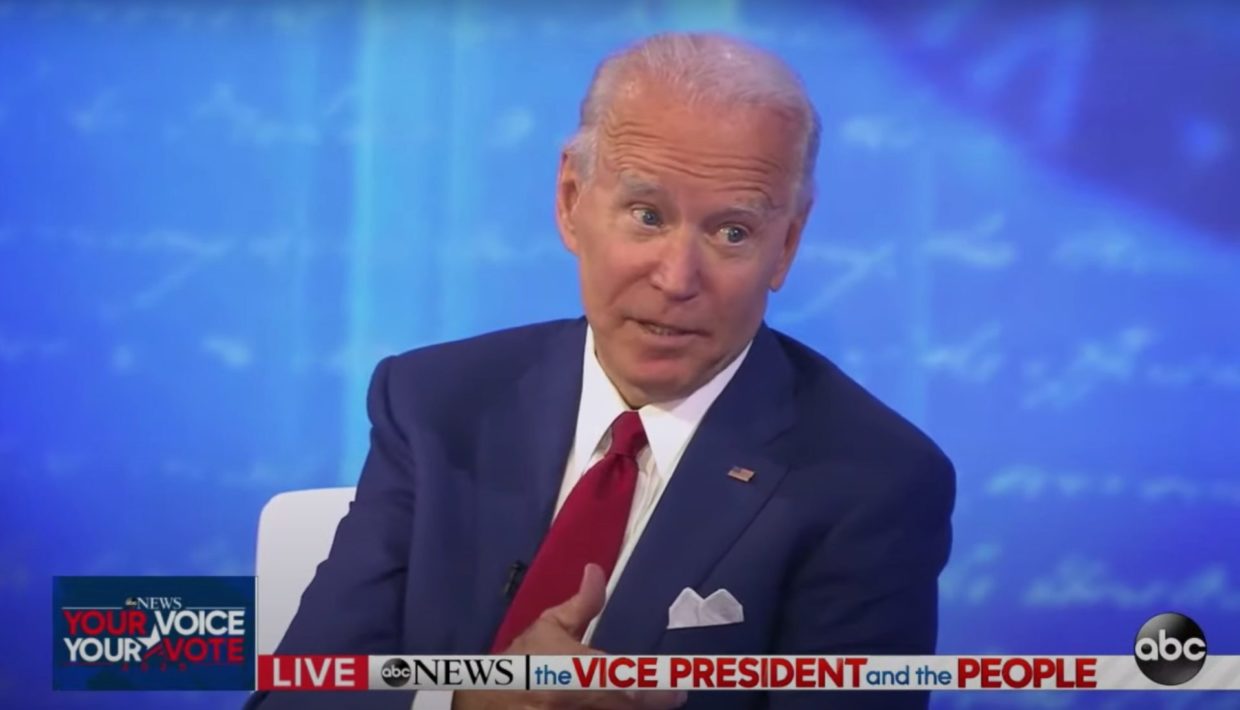 Last Thursday, Trump and Biden participated in their own competing town halls instead of the scheduled second presidential debate. This happened after Trump declined the Commission on Presidential Debates’ call for a virtual debate following his positive COVID-19 test.

The shift from a one-on-one debate to two dueling town halls, in which viewers must decide which candidate to tune in to is reflective of the dangerous role of partisanship in American politics; absent dialogue and clash between candidates, it is easy to falsely represent either candidate’s event in front of a party audience.

Nonetheless, both hosts pressed Trump and Biden on relevant campaign issues regarding race, COVID, and politics, especially prevalent as the election looms only two weeks from now. Here are five key takeaways from Trump and Biden’s town halls.

Trump’s town hall consisted of sharp back and forth between Trump and host Savannah Guthrie, who grilled him with questions, follow-ups, and fact checks. In the first 20 minutes, the two argued about the pandemic, denouncing white supremacy, and Trump’s Twitter account.

Throughout the event, Trump found himself more and more on the defensive.

One example is on the subject of the QAnon conspiracy theory, which affirms that some high-profile Democrat leaders are a part of a Satanic pedophile ring. Guthrie repeatedly pressed Trump on whether he’d denounce this group.

“I do know that they are very much against pedophilia,” Trump said “I agree with that.”

By staying on the defensive, Trump missed out on a crucial opportunity to criticize his competitor’s campaign. He failed to give voters good reason not to vote for Biden, or even say Biden’s name. This is a major loss for Trump especially as he trails behind Biden in the polls by more than ten percentage points.

Debaters know that defense is good for minimizing claims against oneself, but does not suffice for a win.

2. Biden apologizes for his record on race and criminal justice

Biden had to protect his image when voters asked about his failed crime bill and past racist remarks.

Biden’s response was messy. Although he expressed regret for the legislation, he only took responsibility for what he said were the good parts while deflecting blame for the incarceration rates. When Biden was asked if it was a mistake to support the bill, he said, “Yes it was… but the mistake came in terms of what the states did locally.”

Biden’s response would probably not appeal to any political expert or eclectic voter, but it was sufficient for the general public. He showed remorse for a failed bill, displaying his maturity, while also protecting his reputation.

As Trump recently nominated Amy Coney Barret to the Supreme Court, striking a 6-3 ratio for the Republicans, the Democrats must decide whether they will use their wins from 2020 to add Justices to the Court.

Asked for a definite response, Biden did not give a clear statement about if he would endorse court-packing as president. Instead, he said that he was “not a fan” because it is “inconsistent with what is going to be manageable.” However, he continued by saying his decision “depends on how this turns out,” in regards to whether the Senate actually debates the nomination or rushes it through.

He did conclude that voters will know before election day so they may be informed when casting their ballot.

Biden’s confusing response was a good method of subduing fears about a Democratic overextension of power. While many express concerns about the Supreme Court makeup, Biden’s support for such a radical policy could scare moderates away. Even if Biden does plan to pack the courts, it is important he maintains his approval.

Trump’s positive COVID test raised some questions for Savannah Guthrie about his record of testing for the virus. She repeatedly pressed him about whether he tested before the debate, which Trump tried to avoid by saying he frequently tested. But when asked some more, he admitted to not knowing about the details of his record.

More importantly, however, was Trump’s handling of the pandemic and the example he set. A key issue Guthrie spotlighted was Trump’s failure to uphold social distancing and mask protocols, especially at some of his previous events and rallies.

Trump held that he was “good with masks”, but also negated their efficacy. He cited a study by the Center for Disease Control which allegedly stated that “85% of the people who wear masks catch it,” to which Guthrie said he misrepresented.

Trump’s stance on mask-wearing was extremely vague and he failed to hold a clear stance on whether Americans should or should not wear them.

As repeatedly pointed out by both Guthrie and Biden, Trump’s role as a leader was to set a good example for his people, a task he evidently failed given his repeated denial of responsibility.

Instead, he diverted attention to other countries, namely China, where the virus originated. He also referred to a study that stated that America was expected to lose two million people. Guthrie responded by saying that the study was if you did “absolutely nothing.”

5. Biden lays out plans for the future

When Biden asked if his examples were enough, the voter responded, “Uh, I think so,” to which Biden said he would be willing to continue the conversation later.

Biden also took a strong stance on the pandemic, criticizing Trump’s handling of the outbreak. He pointed out that Trump knew about the virus far before it proliferated in America, but undermined the severity of it for fear of a negative stock market reaction. Instead, Biden said he would prioritize health and safety over the economy. He mentioned a plan to open businesses, contingent on their adherence to safety protocols.

The town hall was evidently a better environment for Biden to connect with American voters. During the first presidential debate, his efforts to convey his arguments were futile among Trump’s incessant interruptions. Realizing that debating Trump was unproductive, Biden even found himself turning to the camera to speak. At the town hall, however, he showed that despite his underdog appearance, he was equipped to be a leader.

While Trump’s tendency to put on a show attracts a wide audience, it does not necessarily win the most votes, especially amidst such an uncertain time for many. Biden’s policies are hope for many voters who see little recourse in the current climate. By focusing on solutions to issues that are pervasive among low-income and middle-class voters, he appealed to a wide audience of people. Overall, Biden made a compelling case in contrast with what he said were Trump’s failed policies.

Sheryl Chen is a junior and in her second year in journalism. She hopes to expand her knowledge on issues pertinent to M-A and the local community, especially those surrounding educational policy. She is also a member of M-A's debate team.