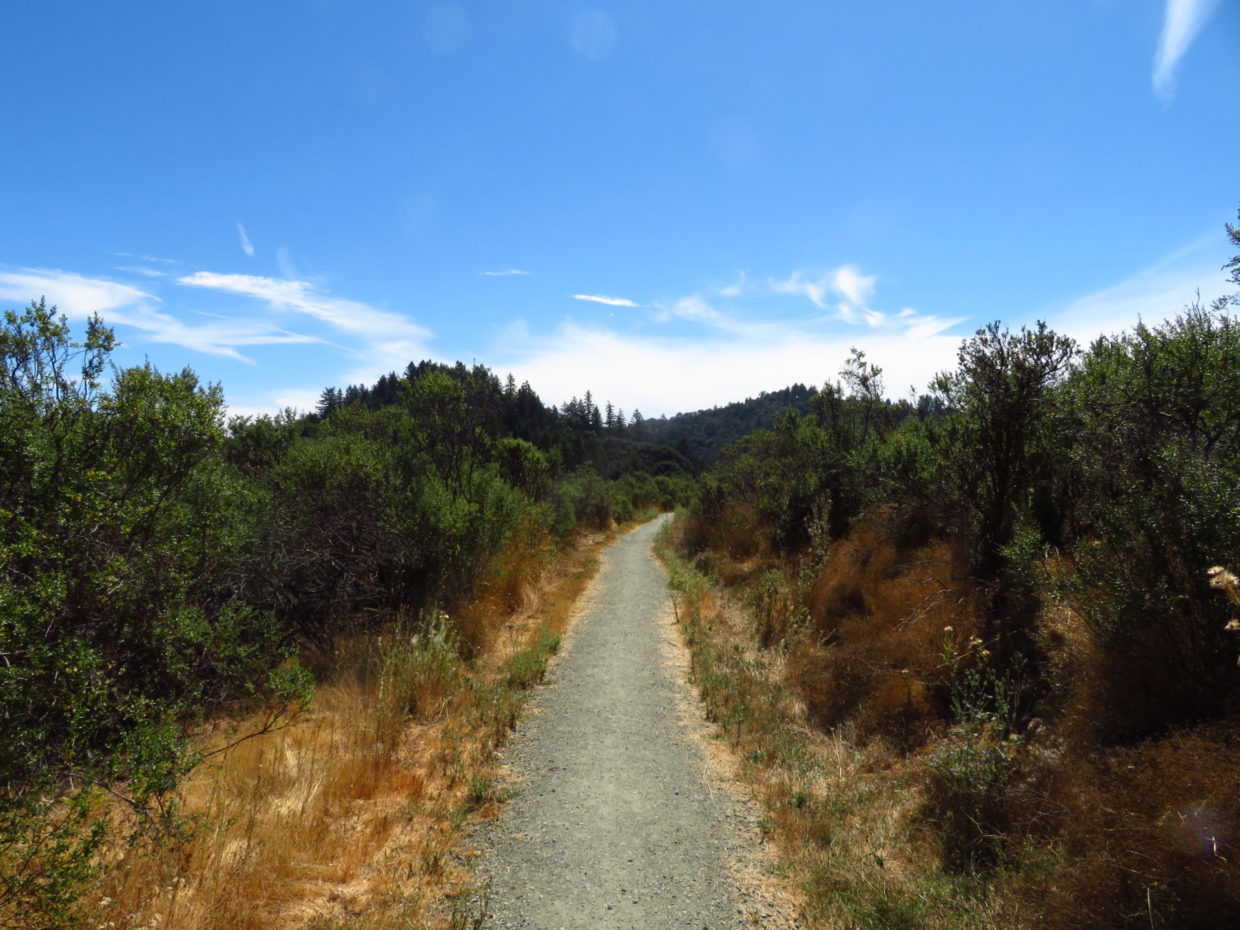 A slightly longer drive out to than Windy Hill Park, but not nearly as remote as Castle Rock State Park, Skyline Ridge Preserve is an accessible way to enjoy the 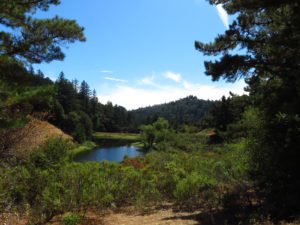 Horseshoe lake one of several man made lakes in the park.

chaparral-covered hills and fir forests of the middle peninsula.

The bulk of the preserve was originally owned by former California governor, James Rolph. A San Francisco native known for his upbeat disposition, Rolph serves as the namesake of the central trail of the preserve: the Sunny Jim Trail.

Totaling about a four-mile loop, Sunny Jim provides the most well-rounded experience of the park. It starts as the Ridge Trail, from the southeastern edge of the main parking lot. This first leg is an exposed march through shoulder-high shrubbery, which comes to an end with views of Horseshoe Lake, a man-made lake once used for ranching on the land. The lake has this wonderful oasis-like quality, in stark contrast to the otherwise dry and light brown area surrounding it. 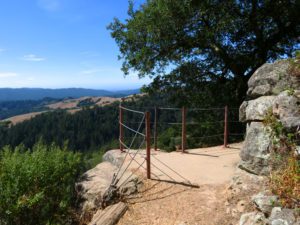 The view from Rattlesnake Point.

This is not to say that the chaparral doesn’t have aesthetic and ecological merit as well. The second leg of the hike–on the Sunny Jim trail proper–is enveloped by scrub, a mosaic of various shades of beige and green. It follows a ridgeline, which reaches a height where the Pacific is visible over the low-saddled Santa Cruz mountains that run all the way up to the coast.

This relative proximity to the ocean means that the chaparral in Skyline Ridge falls is soft. Overnight, fog banks roll far enough in that the moisture condenses on the brush, providing it with the bulk of its water. This results in both greener and softer leaves among the scrub– unlike the spikier, more common desert-variety chaparral–hence the name. 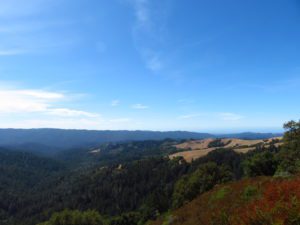 The additional moisture translates to stronger aromatic effects from the plants. While the fragrant oils are meant to deter would-be eaters of the plants, they are anything but that for hikers. California sagebrush, deerweed, chamise, and scrub oak are particularly prominent, and enjoyable.

Eventually, Sunny Jim connects with the Ipiwa Trail, which switches between exposed trail and groves of boxelder and brown dogwood–some welcome shelter, especially toward the middle of the day.

Ipiwa comes to an end at Alpine Pond, another manmade lake, with the Daniel C. Daniels Nature Center on its shores. The Nature Center provides some great insight into some of the animals native to the nearby area, sporting the likes of the gray fox and the California pocket mouse. Typically, mammals living in Chaparral biomes are nocturnal to avoid the heat of the day, so the likelihood of actually seeing one on the trail is pretty low. Fortunately, the Nature Center has some examples on display, which–for reasons that should be clear–do not follow any particular sleep schedule.

The trail cuts back along the same ridgeline it came out on, slightly higher up, providing even better views of the Pacific Ocean, or depending on the time of day, a massive fog bank which sits on top of the Pacific. In many senses, Skyline Ridge is exactly what I have come to expect from a hike in the Santa Cruz mountains; it has something to offer for the first visit, and the twelfth. It is a mainstay in my hiking rotation, and is absolutely worth adding to yours. 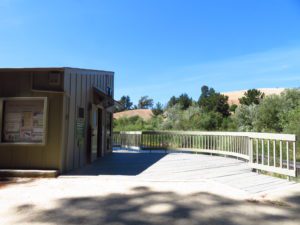 The main parking lot is accessible by way of Skyline, and since the preserve is typically empty, parking shouldn’t be an issue. Bicycles and horses are allowed on the Sunny Jim Trail, but not the Ipiwa Trail. The Daniel C. Daniels Nature Center is open on weekend afternoons.