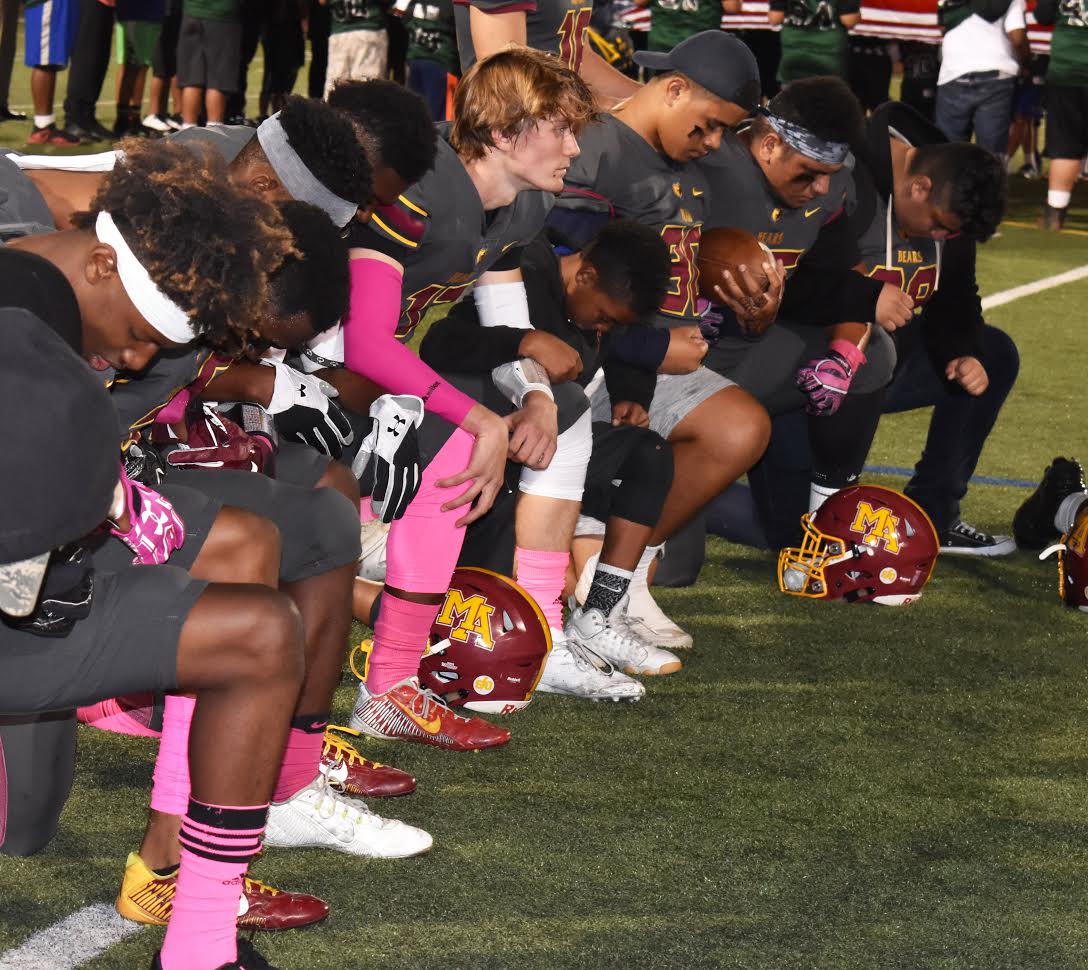 At the Bears’ huge homecoming game against Sacred Heart Preparatory on October 6, many but not all of the players kneeled for the national anthem. In the weeks leading up to the game, players in the National Football League (NFL), decided to kneel for the national anthem after statements made by President Donald Trump. After this statement by the NFL players, many people were interested to see whether some of the Bears were going to take a knee. 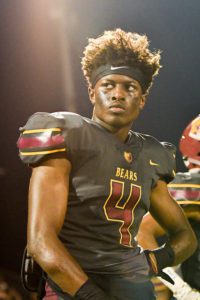 Gary Carter was one of the players who decided to take a knee. Credit: Bob Dahlberg.

Among the players who took a knee were cornerback Gary Carter, Nick Johnson, Jhavante Hill, and quarterback Miles Conrad. After the national anthem, some players put their fist in the air as a solute for black power. Head Coach Adhir Ravipati and wide receiver and kicker Spencer Corona were among two members of the team who stood for the national anthem. 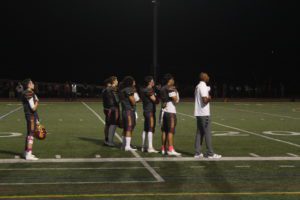 Some players decided to stand during the national anthem. Credit: Bob Dahlberg.

“I won’t stand for a country that doesn’t stand for me,” Carter stated about why he decided to kneel for the national anthem.

Carter also initiated the linking of arms between the players and was asked about how big of an impact his decision had on other players kneeling. Carter said that “It was spontaneous, I linked arms with Darius [Gipson] and everyone followed.”

Players and coaches who decided to stand did not comment on the issue of players taking a knee.