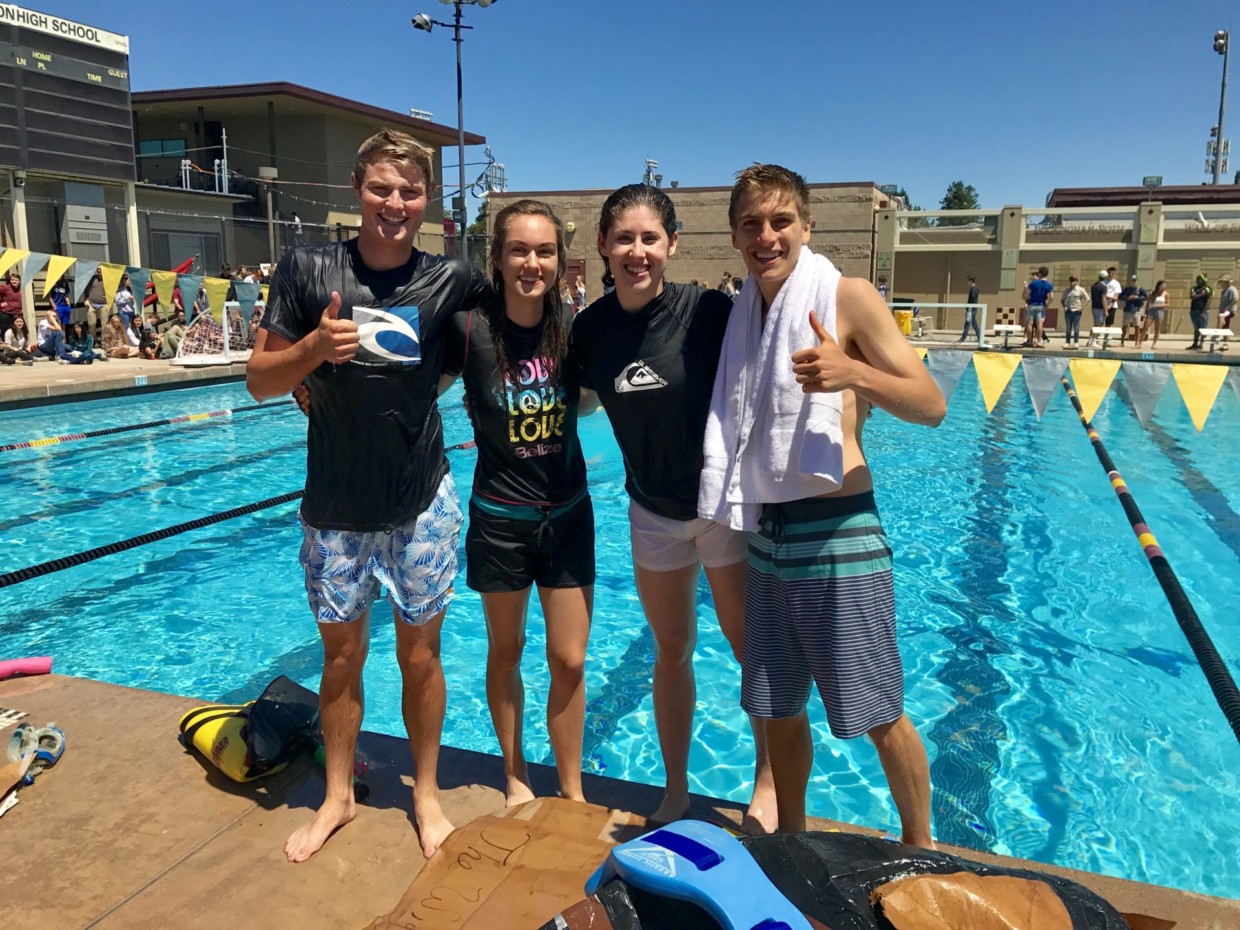 On Wednesday morning, a large crowd gathered by the M-A pool to watch one of the most anticipated events of the year: the AP Physics boat races. AP Physics teacher, Jeff Decurtins began this tradition nine years ago, with AP Physics teacher Joseph Vanderway following the model when he became a part of the M-A community in 2015. This project consists of constructing racing boats with only cardboard and duct tape. Students have the exciting opportunity to apply the knowledge they attained throughout the year-long course. 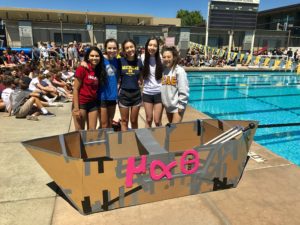 The first team we met was the Mu Alpha Theta team – named after physics symbols in the fashion of a Greek sorority. When asked how she believed they would place in the boat races, member Aarthi Popat remarked with a smile, “well, we’re not exactly sure, but our calculations said we were gonna float! So, if the boat doesn’t fall apart, I think we’ll be okay.” One strategy the team agreed on, according to Popat, was not attempting to turn the boat around. “ We’ll have two people facing opposite ends of the boat – oh, also, Margaret [Child] has a watergun!” Popat jokingly shared her biggest lesson from this project: “with the right amount of duct tape, you can make any amount of cardboard float!” 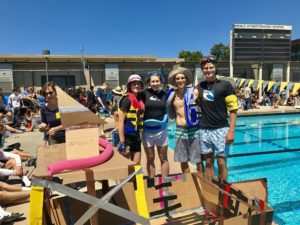 The second team we met was the Wiggle Team. When asked what her favorite aspect of the project was, senior Megan McDonnell shared, “definitely all of the great conversations I had with my team! It was the most collaborative and enjoyable way to end the year.”

The crowd enthusiastically cheered on every team.

Many M-A teachers led their students to the pool during third period to enjoy the festive competition and cheer on the hardworking teams. These students were primarily part of AP classes who had completed their courses in time for May Advanced Placement testing and had class time to explore the impressive projects of their peers.

The SS Viking Surprise had a rough start to the race, but nevertheless received lots of support from the audience.

For a few of the teams, the race did not begin well. The SS Viking Surprise lost balance as it entered the water, immediately tipping over and causing its team to forfeit the race. The students, however, were not downtrodden and eagerly participated in the fun of bringing down their opposition.

The Mu Alpha Theta boat was sunk by other teams who had already either lost or completed their laps.

The Mu Alpha Theta Team attained a steady beginning to the competition, making distance against their opposing teams. They soon faced their downfall, however, when they found themselves the last ones floating and immediately fell victim to their fun-loving opposition. 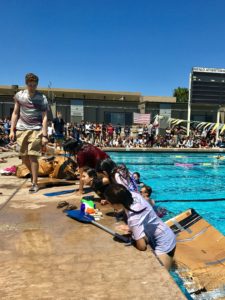 The Mu Alpha Theta Team exits the pool at the conclusion of the race.

At the conclusion of the race, the exhausted students dragged themselves out of the pool to celebrate the good effort of their peers and, bitter-sweetly, dispose of their cardboard creations. 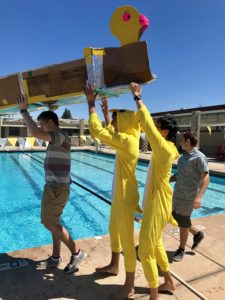 Members of the What The Duk Team included Brian Hecimovich, Max Gerber, Brian Li and Michael Landolfi (left to right).

The winners of the 2017 AP Physics Boat Races were the What the Duk Team. Their winning charm? Definitely the creative duck costumes. Following the celebration of their victory, Max Gerber led the team in jumping into the pool to take down their second-place rivals, the Mu Alpha Theta boat.